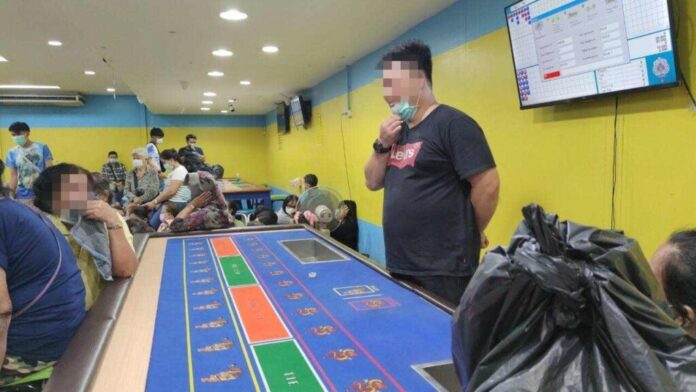 Nearly 100 alleged gamblers were caught at a commercial building in Bangkok yesterday, December 28th, that was reportedly operating for illegal gambling activities.

The raid followed a police investigation after being alerted of a gambling den in the Thung Song Hong Sub-district in the Lak Si District of the capital. The place had previously been raided and ordered closed by the police authorities, however, it remained open.

Four casino tables, including 2 Dragon-Tiger poker tables and a Hi-lo table, and Fantan (roulette) were discovered at the scene. Approximately 89 people, 75 Thais and 14 migrant workers, were also found playing at the tables.

All of them were initially detained at the Thung Song Hong police station as of this morning for group interrogation and a Covid-19 test by public health officials. They were reportedly wearing face masks during their detention at all times.

The group of alleged gamblers is scheduled to be transferred to the Don Mueang District Court this afternoon while the police are examining the building for more possible evidence. 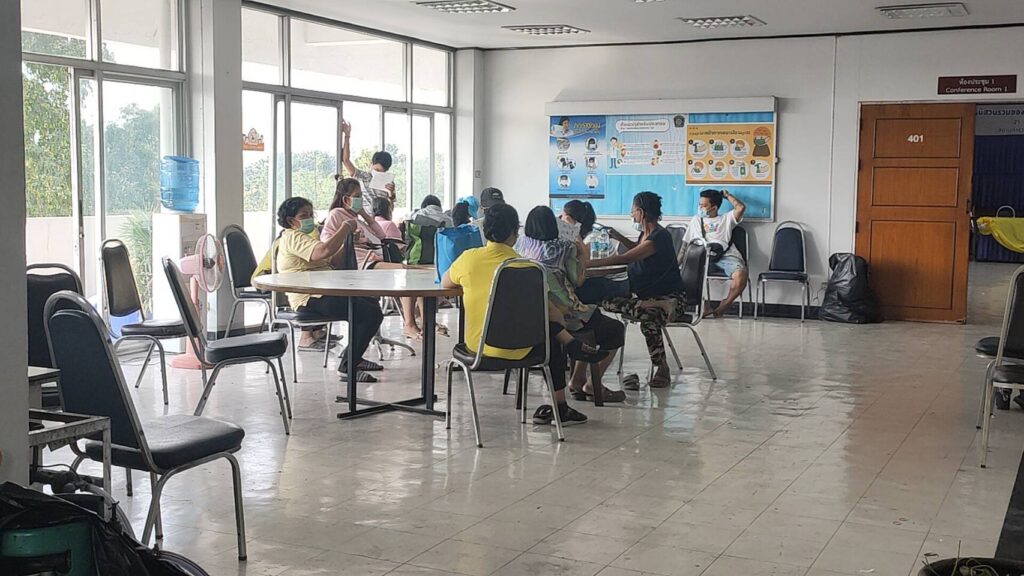