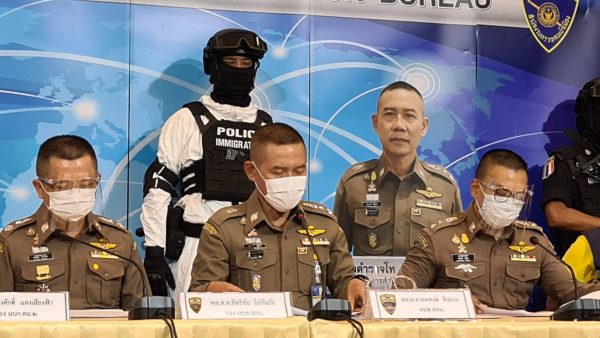 This follows statements made by the Rayong Thai Police and Papatdet claiming that there were no illegal gambling establishments involved in the current cluster of Covid-19 infections and Rayong, which got highly negative feedback on social media. Major General Papatdet claimed that the original cluster was a small group of people gambling together at a private residence and not a larger venue.

However, several reports dispute and disagree with this fact including contact tracing by the Center for Covid-19 Situation Administration and Ministry of Public Health, who continue to use the words illegal gambling den.

Pol Maj-Gen Mana Inpitak, deputy commissioner of Region 2 Provincial Police Bureau, will take over in a temporary role while Papatdet moves to Floor 20 of the Royal Thai Police Operations Center.

Additionally, Pol Gen Wissanu Prasartthong-osot has been ordered to conduct an investigation into alleged illegal gambling dens in Rayong and report back to Police General Suwat within three days.