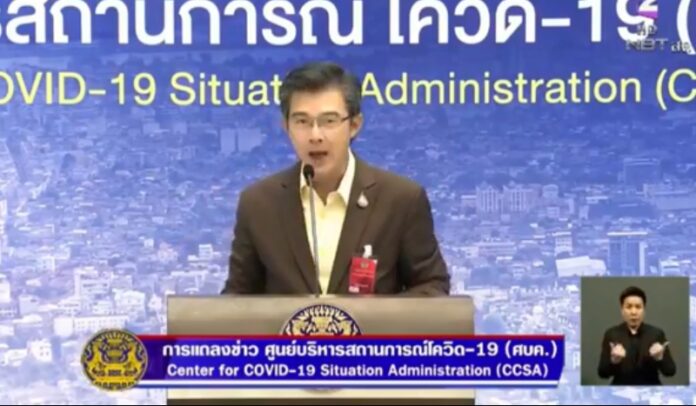 Doctor Taweesin Visanuyothin announced the cases at a press conference in which he included the fact that Chonburi has one new confirmed cases of local transmission of Covid -19. The case is directly connected with the Rayong cluster.

The Thai man, aged 45, who has no symptoms, is now under observation at Banglamung Hospital in a secured area. It is unclear exactly where in Chonburi the man originally tested positive as his timeline has NOT yet been released. Thailand has a policy that even if one is asymptomatic they must stay in a hospital for observation and quarantine.

The five other individuals who are waiting for final confirmation in Chonburi are also linked to the Rayong cluster, Dr. Taweesin added. 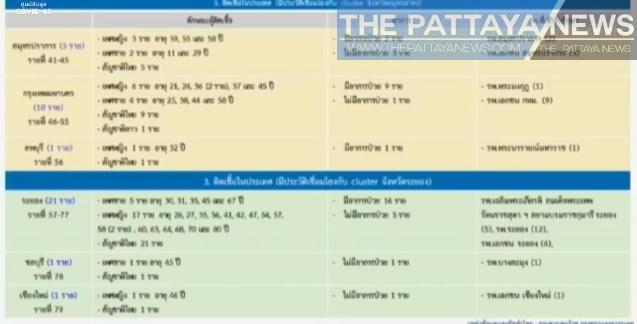 The total number of Chonburi confirmed cases in this new series of infections is now three. (Some media have reported this as four, however, one is considered an imported case as the person was an undocumented migrant who was caught in a van commuting through the district after sneaking in from Cambodia and had not left the van or gone anywhere public in Chonburi.)

Timelines and confirmation from the Chonburi Public Relations and health division have not yet been released, when they are we will provide further information as this is a developing story.