A budget of more than 3 billion baht will be contributed to Thailand’s first spacecraft project to the moon, Minister of Higher Education, Science, Research and Innovation (MHESI) said during a press briefing yesterday, December 24th.

In the first progression in a spacecraft project, according to Minister Anek Laothamatas, Thailand will build a 50-100 kilogram satellite within the next 4-5 years and will build a satellite that transforms into a spacecraft, that will also use solar energy to drive at a speed of 30,000 kilometers per hour to enter the orbit of the moon. 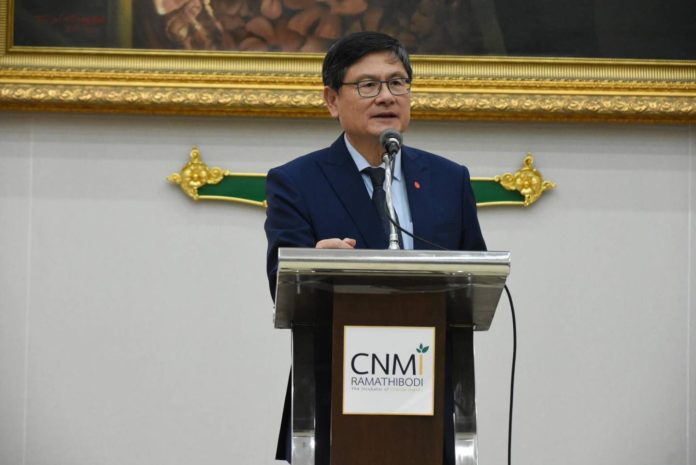 The project is a part of the country’s space innovation development that aims to enhance its capability in the global ‘New Space Economy’ program, which is the use of resources that create value and benefits to human beings in the course of exploring, researching, understanding, managing, and utilizing space.

Approximately 3 billion baht is estimated to be needed in order to accomplish the project with international standards, Anek stated.

“In every problematic crisis, innovation is created to move the country through the crisis. To prepare for the possible second wave of the Covid-19 situation, MHESI promises to innovate continuously to lead Thailand to go through the worsening pandemic.” He concluded.

The Pattaya News(TPN) notes that it was not immediately clear exactly how building a spacecraft to the moon and spending over 3 billion baht on it would help the country get through the Covid-19 crisis. TPN also remarks that the prominent reactions to the project on social media were mostly negative, with many stating that they felt the country should be focused on things such as repairing the damaged international tourism industry and assisting millions who were out of work versus a space project at this time.

A hearing on the space project is scheduled for January 13th.