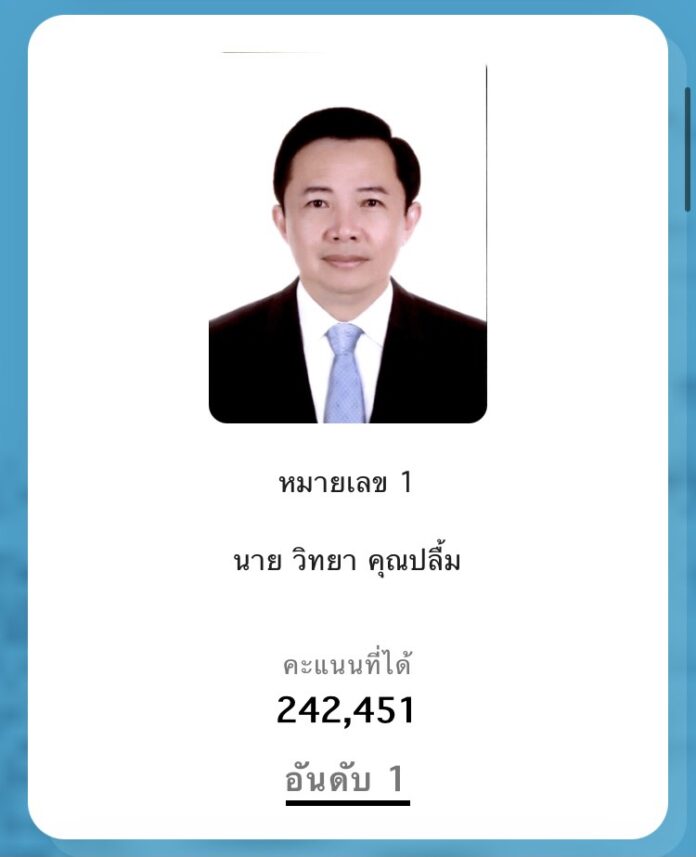 The Chonburi office of the Election Commission of Thailand confirmed the count posting the official count on a billboard in front of Chonburi Provincial Administration Organisation (OrBorJor) head office.

Mr. Wittaya, Number 1, presenting ‘Rao Rak Chonburi Party’ (We Love/Preserve/Protect Chonburi), with 337,107 votes, was the winner according to the Chonburi office of the Election Commission of Thailand as they announced on Sunday (December 20th).

Wittaya was the incumbent and has retained his position. 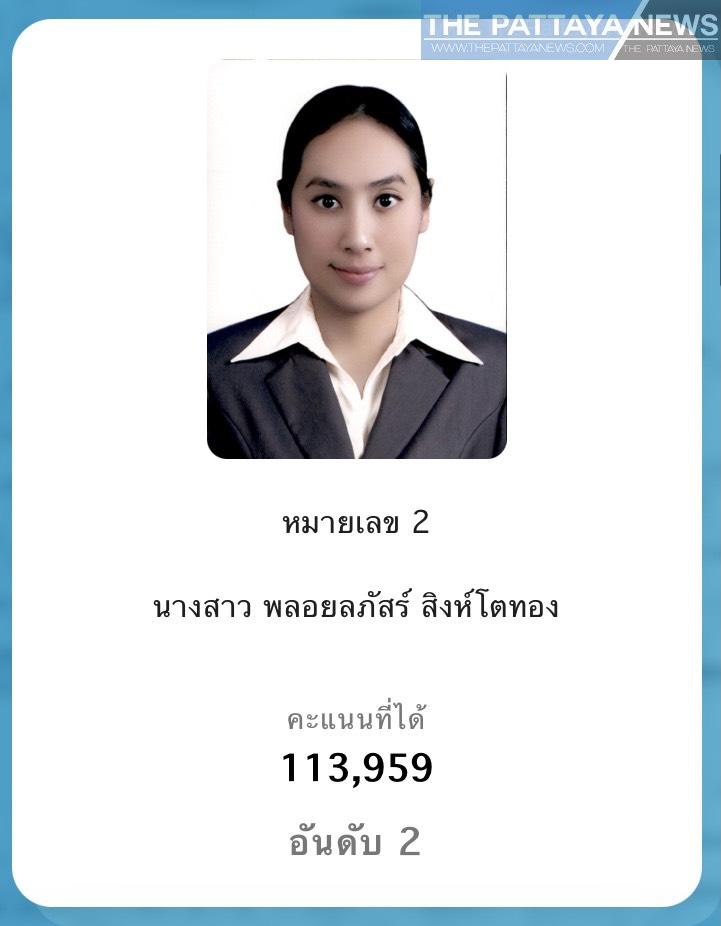