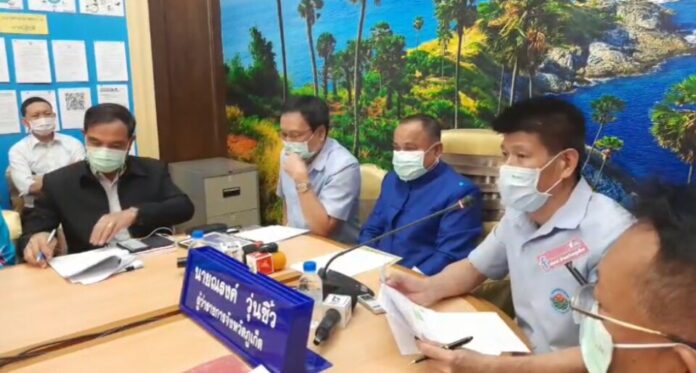 Phuket has announced a new confirmed case of local transmission of Covid–19 tonight at a press conference.

The Phuket Provincial Public Heath Office (PPHP) today (December 22nd) announced that the case involves a Thai man, aged 40, who lives in the Kathu sub- district in Kathu district, Phuket. He is a manager of a company in the Koh Kaew sub-district in Mueang district.

On December 11th he joined a party with his local big bike club.

On December 17th he started to have symptoms of Covid-19.

On December 20th he was notified about the confirmed case in Samut Sakhon and went to be tested for the Covid-19 coronavirus after knowing his friend had tested positive. He also tested positive at this point, although has very mild symptoms.

There are a total of 28 high risk cases connected to this patient involved in this case.

The Pattaya News noted that many schools have issued announcements to temporarily close out of precaution, primarily due to the fact that Phuket officials have confirmed that the patient has two children in school. Phuket authorities have stressed the situation is under control and that there will not be a lockdown or business closures at this time.