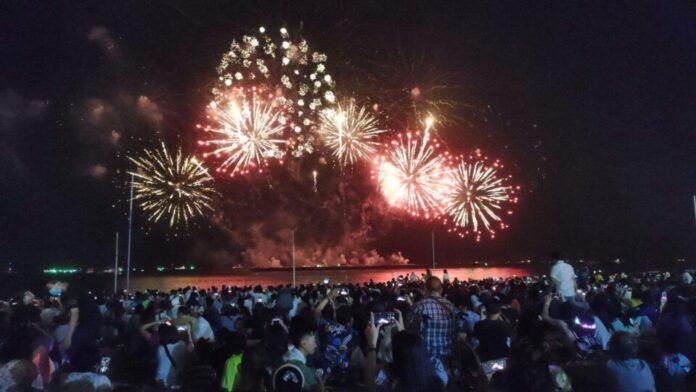 The Bangkok Metropolitan Administration (BMA) has asked (although not ordered per say) for cooperation with the public on several Covid19 prevention measures.

This follows a major Covid-19 cluster discovered in Samut Sakhon which appears to have been primarily centered at a fish market where the majority of workers are foreign Burmese migrant workers.

The BMA has asked for all New Year Countdown style events to be cancelled, however, did add that if one wanted to continue with an event they need to submit a disease action plan and get permission. It is not quite a total ban but close to it. It’s important to note this is only applicable for Bangkok and the Bangkok area, not other provinces. Pattaya is reportedly monitoring the situation carefully but has not decided to cancel their scheduled new year’s festival at this time.

Bars, restaurants, nightclubs and other entertainment venues may stay open but must adhere strictly to all Covid19 rules. The BMA has also stated that no dancing should be allowed and people should be seated and socially distanced.

Finally, the BMA has asked that people work from home if possible for the next fourteen days. Again, this is not a hard order but closer to a request.

This follows a continued investigation into the cases stemming from the Samut Sakhon market. The migrant dormitories primarily involved have been “hard locked” with barbed wire fences and checkpoints to prohibit anyone from leaving as authorities conduct Covid-19 testing and attempt to determine the original source of the virus.