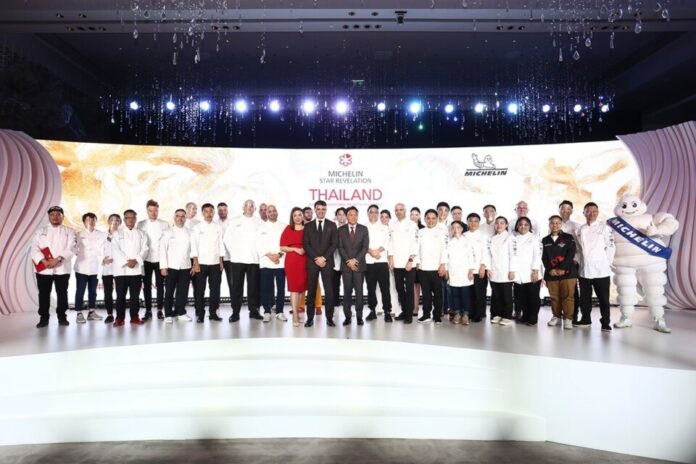 The following is a press release from the Thai Tourism Authority, their statements are their own.

Bangkok, 17 December, 2020 – The Tourism Authority of Thailand (TAT) yesterday welcomed recent additions to the country’s growing stable of Michelin starred restaurants, with two new entrants and two given an additional star as part of the 28 total Michelin stars awarded.

These were included in the fourth edition of The Michelin Guide in Thailand, which features 299 dining establishments inclusive of 6 two-star, 22 one-star, 106 Bib Gourmand, and 165 Michelin Plate eateries. It covers restaurants in Bangkok, Chiang Mai, Phuket and Phang Nga, with TAT looking to expand coverage to more  area in the country by 2021 under a five-year agreement with Michelin.

Mr. Tanes Petsuwan, TAT Deputy Governor for Marketing Communications, said “I do believe the food sector is, and always will be, a key to the tourism industry’s recovery from the COVID-19 pandemic. Diners now know more about authentic and innovative Thai cuisine, and Thai chefs are now on par with their international counterparts. The Michelin Guide has helped us spread this message to the global arena, as well as continue being top-of-mind for world travelers.”

Despite the shortfall of international tourists to Thailand, Mr. Tanes said he was pleased to see Thai diners reconnecting with their favorite local eateries. The Michelin Guide as also pushed Thailand’s food and beverage industry to put even more effort into implementing global standards for food safety and hygiene, another key to ongoing COVID-19 tourism recovery efforts.

In the fourth edition, Chef’s Table, a French contemporary restaurant, is the only addition promoted from one-star to two-star status. Together with five restaurants retaining their two-star distinction, this brings the total number of two-star restaurants in the guide to six.

Another addition to the one-star list was promoted from the Michelin Plate status: Sushi Masato,  a sushi bar serving an omakase menu in an intimate chef’s table setting.

Nineteen other establishments retained their one-star rating bringing the total one-star count to 22.

Michelin also awarded winners in three new categories consisting of the MICHELIN Green Star, MICHELIN Guide Young Chef Award, and MICHELIN Guide Service Award. Pru, a Phuket restaurant that has its own organic farm and sources its ingredients locally, was awarded the Michelin Green Star for its eco-friendly and sustainable operation. Sujira “Aom” Pongmorn, Chef de Cuisine of Saawaan, was given a Young Chef Award with exceptional talent and great potential. And Guillaume Barray, General Manager of Chef’s Table (Bangkok) has led the professional and engaging servicing team at the Chef’s Table for impeccable service to win the Service Award.