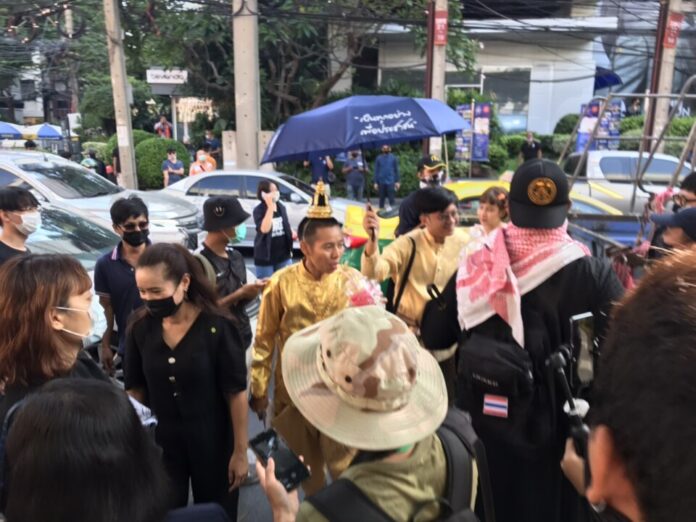 A 23-year-old and 16-year-old, who were both Pro-democracy demonstrators, arrived at the Yannawa Police Station in the capital this morning, December 17, to acknowledge charges of Thailand’s lésé majesté law or Section 112 of the Criminal Code.

Both of them were summoned after participating in a satirical “People’s Runway” rally held on Silom Road in late October and allegedly mocking members of the royal family with one appearing to wear a traditional Thai dress and the other appearing to wear a crop top at the rally in question.

Upon arrival, they were greeted by a group of pro-democracy volunteer guards and protesters who were gathered in front of the police station to show their support against what they claimed to be injustice and obsolete accusations. Most of them were seen wearing Thai traditional costumes. One of the prominent protest leaders, Parit “Penguin” Chiwarak, also showed up at the gathering today in a female outfit with heavy jewelry to show support for two activists as he is also facing his own long list of similar charges.

Penguin also gave a speech at a makeshift stage, stating that Section 112 is a law that he claims deprives basic human rights and freedom. It is unacceptable to use randomly against another, especially in many developed countries, and therefore should be repealed according to him.

Thailand’s lésé majesté, which forbids the insult and defamation of the monarchy, is among the strictest in the world with its penalty of harsh imprisonment from three to 15 years. 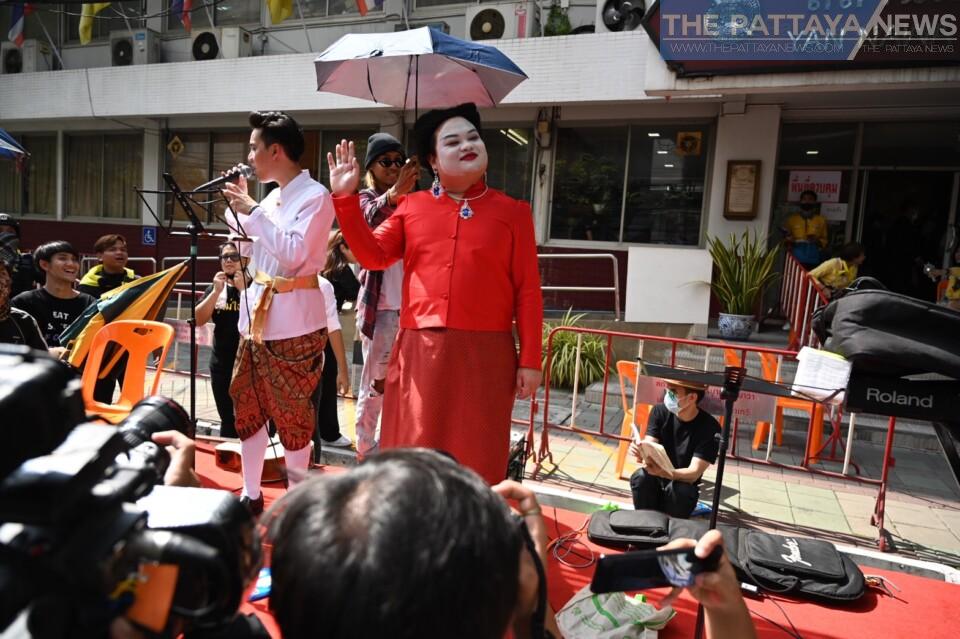 Jatuporn Sae-Ung, 23, who was accused of mimicking the royal institution by wearing traditional costumes gave an interview before hearing the charge. She claimed that she was wearing Thai dress only to go accordingly with the fashion week-themed gathering. She and the 16-year-old teenager had no intention to violate the lésé majesté or any related charges, according to her.

At around 1:30 PM, Jatuporn reportedly denied all charges and did not accept his accusation of Section 112. He was temporarily released and was summoned for another questioning again on January 11, 2021. 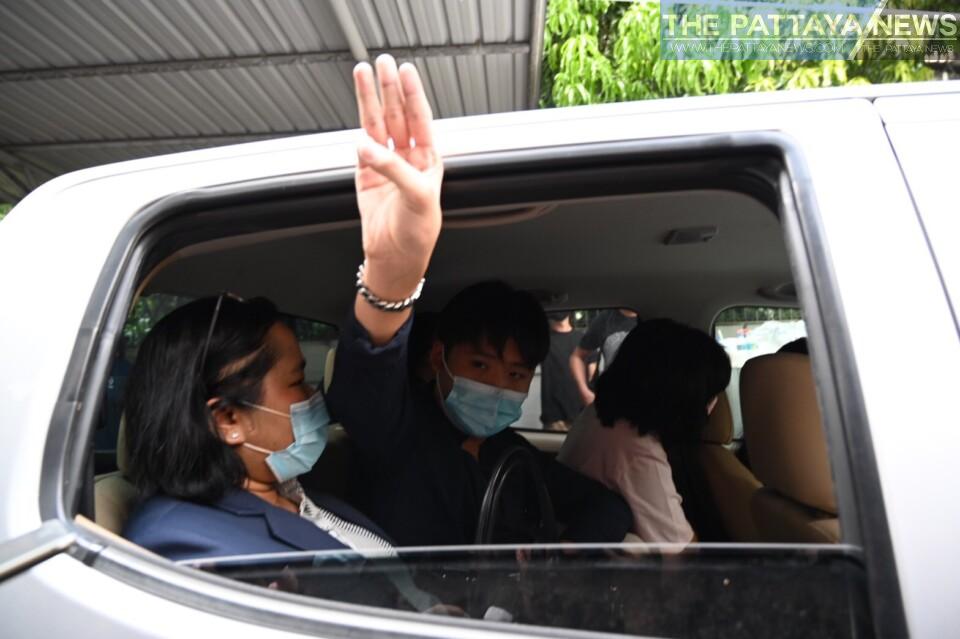 The minor, whose name was only revealed to the press as Noppasin, was later taken to the Central Juvenile and Family Court in Chatuchak district to consider the release. Police officials insisted that he would be released after the hearing, the same as those who were charged with similar charges. He was considered to be the youngest activist to be charged with Section 112.

There are about 32 pro-democracy activists who are currently charged with lésé majesté. The recent one was Thai actress and pro-democracy supporter, Inthira “Sai” Charoenpura, who received a summoning order yesterday, December 16. Her crime is unclear, according to protesters, as she had not presented any speeches or statements but had directly provided support in terms of supplies to the protest movement.