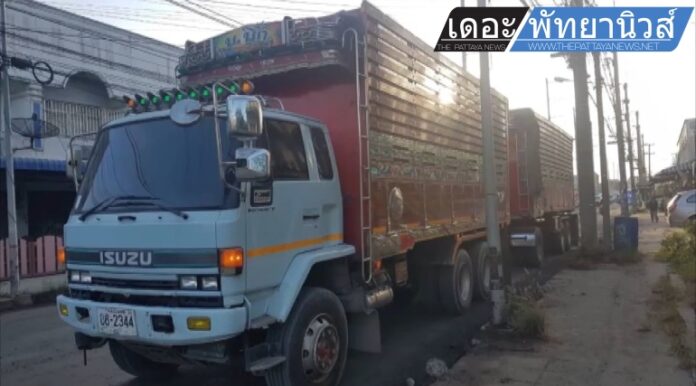 One student has died while another student has sustained minor injuries after their motorbike collided with a truck resulting in one student being run over in the Panat Nikhom district this week.

The Panat Nikhom Police was notified of the accident at 8:30AM on Wednesday (December 15th) in the Ban Chang sub-district.

Police, emergency responders and The Pattaya News arrived at the scene to find a damaged motorbike and an 18 wheeler truck on the small under construction road.

Nearby, rescue workers found the injured woman, Ms. Kanokphon Supa, 18, who had been driving the motorbike. She was taken to a local hospital for medical assistance with minor injuries but was able to speak to police.

The body of Ms. Napaket Wannchai, 18, was found near the motorbike. She had been killed instantly in the accident after being ran over by the truck. 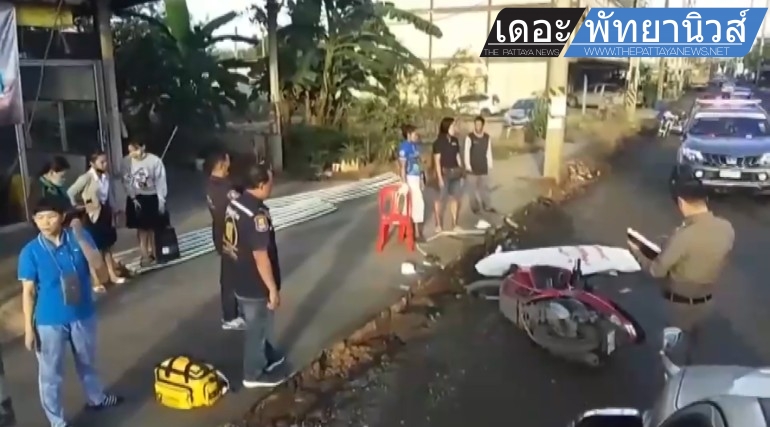 The motorbike driver, Ms. Kanokphon, told police that she tried to overtake the truck from the left hand side to avoid the under construction road.

The motorbike was hit by the truck before the motorbike fell over sending both young women to the ground. Her friend, who was a passenger, was tragically ran over by the truck.

The name of the truck driver was not given by police and he is reportedly cooperating, although declined being interviewed for the purpose of this article.

Panat Nikhom police are continuing their investigation for further potential legal action. They did not immediately state if the truck driver would face legal charges as they are reviewing CCTV in the vicinity.