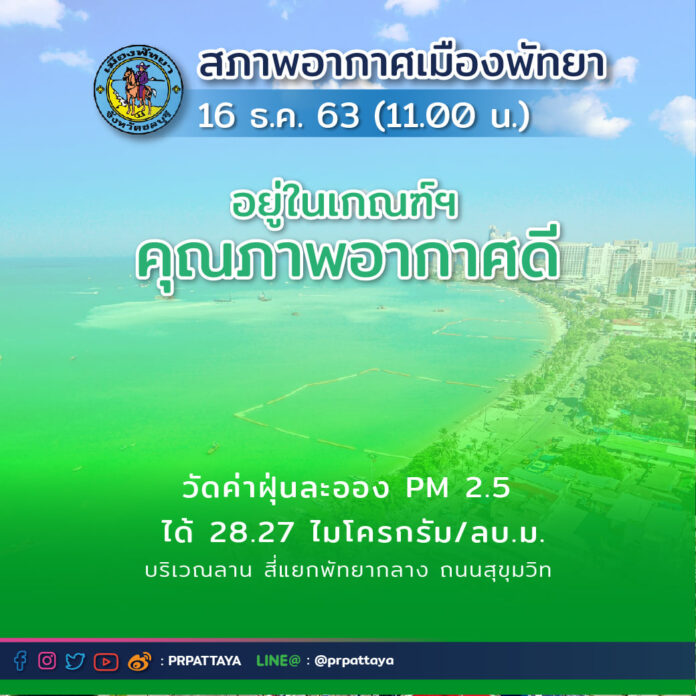 Residents in Pattaya are being warned to wear masks when going out doors due to air pollution in the past few days. However the PR Pattaya Facebook today reported that the air quality is getting better after heavy rains yesterday helped dissipate some of the air pollution.

The Pattaya City Deputy Mayor Manot Nongyai told the Pattaya News, “The PM 2.5 in the past several days has reached the red, or critical level, of our analysis charts.”

“However, the air pollution is getting better today (December 16th, 2020). Pattaya is connected with the open sea which has helped with the problem significantly.” Manot added. 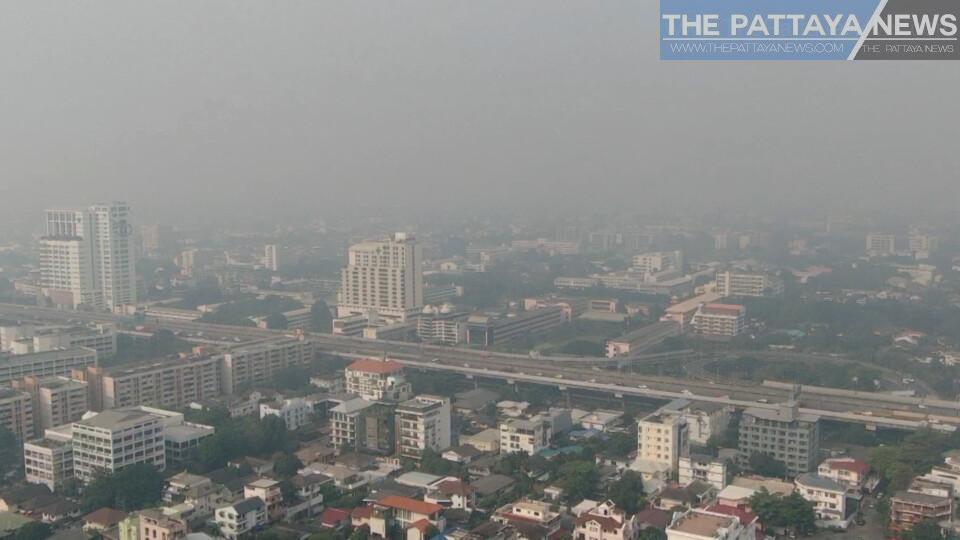 “Wind has helped to decrease the density of the dust compared to Bangkok as well as having less traffic due to lack of foreign tourists in Pattaya. People should avoid burning trash and refrain from using cars, especially those that emit toxic fumes, to decrease production of air pollution.”

“We advise residents to wear protective masks and take proactive measures to protect themselves from the dust when going outside.” Manot concluded.

The Pattaya News notes that this annual problem has been getting worse yearly and goes far beyond vehicle pollution or “tourists” for the Pattaya area. The Department of Air Pollution Control in Bangkok has admitted the majority of the problem is burning of both fields and garbage, primarily well outside of Pattaya but due to the amount of burning drifts to the Pattaya area.

Social media users on both Thai and English forums have stated numerous times and in many comments that until government officials crack down and enforce against field burning which takes place seasonally at this time of year across Thailand and garbage burning, which is against the law for the former and regulated for the latter, the problem will continue. The root cause of the problem must be addressed to resolve the issue for the future and not to wait for rain or wind to help the problem go away.

One suggestion which has been popular on social media is for the government to target the large corporations that purchase the sugarcane burned across Thailand. Instead of going after farms, which is more difficult especially in rural areas, the government should target the sugar cane buyers, fining and conducting legal action if they are found to accept burnt sugar cane from sellers. This would, in turn, cause the sugar cane farmers to adapt to different, more environmentally friendly, methods to procure sugarcane.