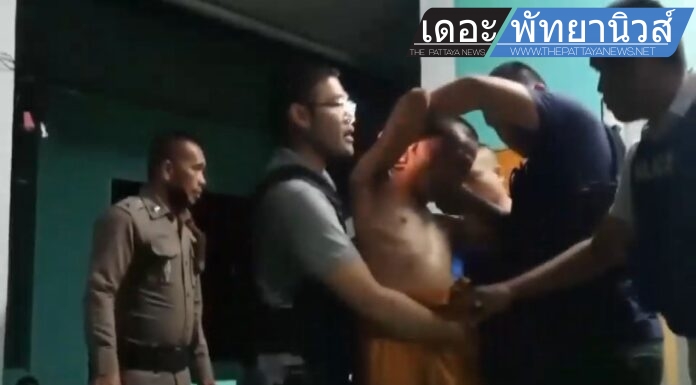 A monk has been arrested after opening fire with a gun at a temple in Ban Bueang last night (December 15th).

The Ban Bueang Police was notified of the incident at 8:30 P.M. at a temple in the Nong Bondang sub-district.

Police and The Pattaya News arrived at the temple shortly after the initial reports. Police took about three hours to negotiate with the suspect until the suspected monk, Kritsana Yoosi, 42, surrendered peacefully by coming outside of the monk housing unit.

Seized from him was a handgun with four bullets. Eight cartridges were found on the ground nearby. Kritsana was defrocked and removed from the monk hood by the temple vice abbot immediately following his arrest. 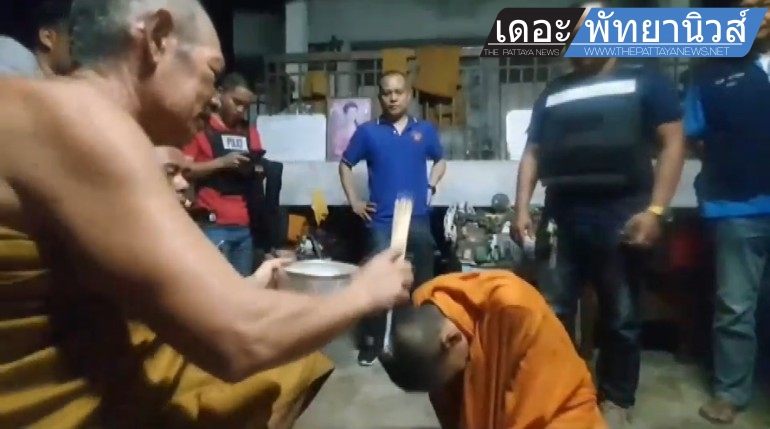 The suspect told police that two months ago he had vowed to family members that if he won a recent lottery drawing he would temporarily enter the monkhood to attempt to improve his life.

He ended up winning that lottery in which he received more than 100,000 baht. So, he kept his promise and became a monk.

Last night, December 15th, Kritsana admitted to being severely intoxicated and getting into an argument with other monks. He did not describe the specifics of the argument but said it became very heated. He asked his wife to bring him his gun before opening fire but did not hit any of the other monks.

There were no injuries in the situation, however, Kritsana faces multiple legal charges as a result of the altercation and remains in police custody as of press time.