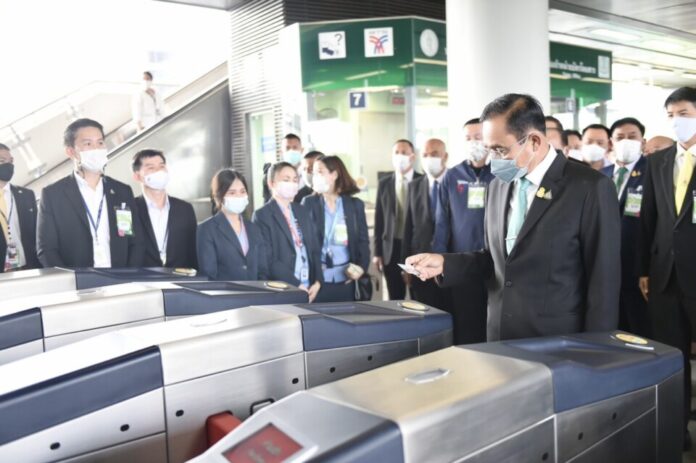 The BMA Gold Line offers Thailand’s first monorail and a driverless electric train and covers three stations; Krung Thonburi, Charoen Nakhon, and Khlong San. The line also provides free rides for a month, from today to January 15, after that fares will be set at 15 baht per ride. 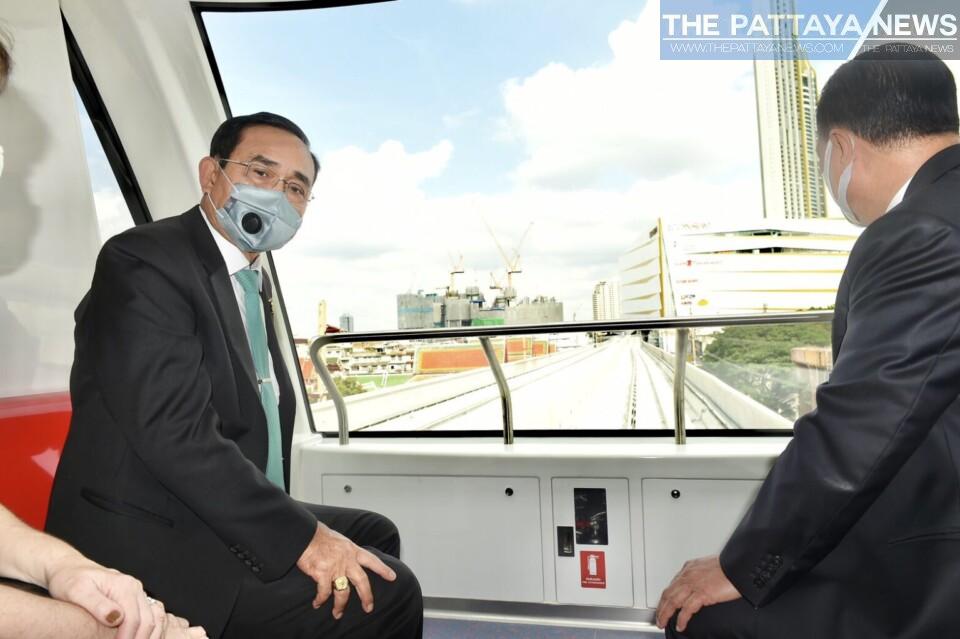 During the ceremony, the Prime Minister addressed that the government will continue to develop Thailand’s public transportation, including BTS Skytrain, as it is one of the policies of the government to accommodate the Thai people and to reduce air pollution and heavy traffic in the capital and its vicinities.

The BMA’s Gold Line will also allow about ten thousand commuters living in the Thonburi area of Bangkok to access the public service easily as Thonburi is becoming one of the city’s famous tourist attractions for both domestic and foreign tourists, he added.

Prayut also paid a visit to local merchants at Iconsiam Department Store, located at the Charoen Nakhon station after the ceremony to encourage them to stay strong with the government during the tourist-less period, affected by the Covid-19 global pandemic. He reassured them the government was working on a plan to let back in foreign tourists when the pandemic subsides worldwide. 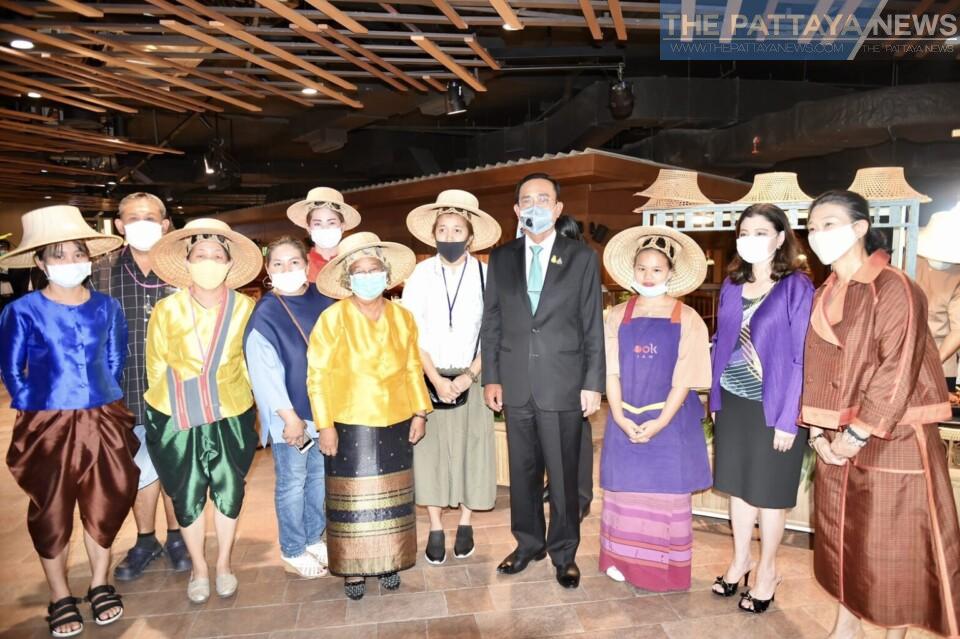