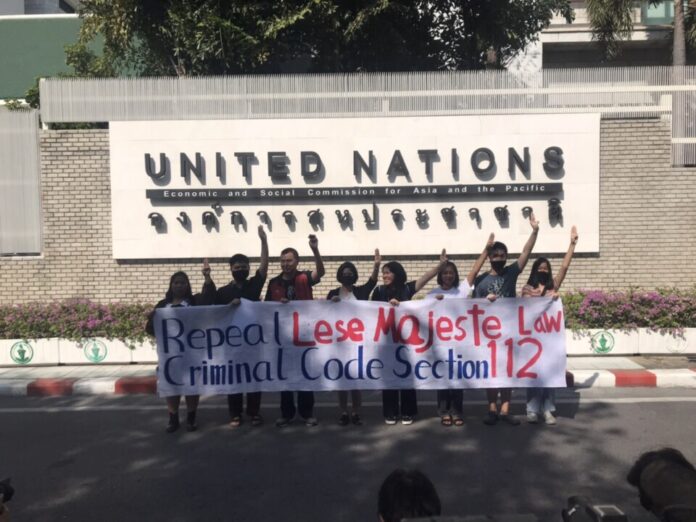 A small pro-democracy group called 24 June Democracy, led by political activist Somyot Pruksakasemsuk,  arrived at the United Nations Headquarters in Bangkok this morning, December 10th, to submit a petition demanding its human rights councils and international communities put pressure on the Thai government to repeal Thailand’s lésé majesté law or Section 112 of the Criminal Code and to drop such charges against several pro-democracy activists.

Somyot Pruksakasemsuk, who was once imprisoned and convicted of lésé majesté offenses in 2011, claimed that Section 112 is an obsolete law and has been an obstruction of Thai people’s initial rights and freedom to express their opinions against what they believe to be a democratic society. 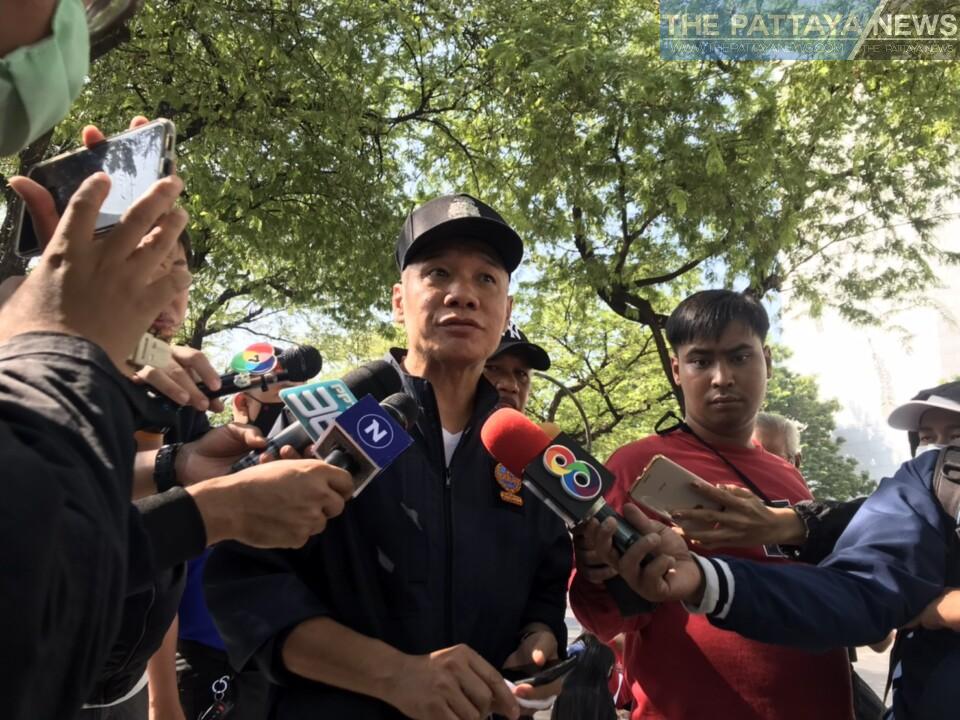 The reason why the group of pro-democracy activists was gathering in front of the United Nations on Thai Constitutional Day and International Human Rights Day was, according to his statement, to demand the United Nations to pressure Thailand, one of its member states, and its government to comply with fundamental commitments for its citizens’ to have freedom of expression as it is a basis of human rights.

The group will also send a similar petition to people’s organizations around the world to acknowledge and support the political struggle of the Thai people over the reform (not abolishment) of the royal institution.

Moreover, he claimed that the activists are also planning to gather at the United Nations headquarters in Geneva, Switzerland in May 2021, in which a representative of the Thai government will attend a major meeting of the United Nations. 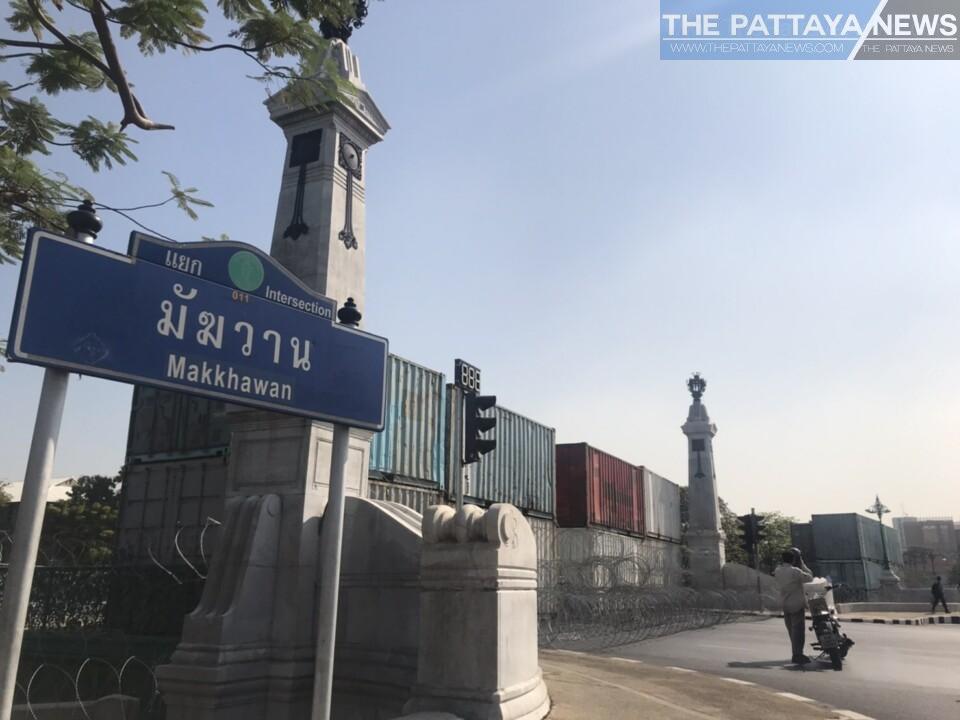 Prior to the rally, heavy containers and barbed-wire fences were deployed to block the Makkhawan Rangsan Bridge in front of the UN buildings on Ratchadamneon Nok road. Approximately 200 riot police and three water cannon trucks were also deployed nearby the area since reportedly last night to maintain order among the protesters.

However, the activists’ group had conducted a peaceful gathering since 10:00 AM. and already submitted a petition to representative Bada Faruk of the office of the High Commissioner for Human Rights (UN Human Rights), who also expressed his safety concern for the protesters. The group remained small due to the difficulty to getting to the area as of press time, but calm.

According to Bada Faruk, the United Nations has been collecting informative data related to the democratic movement in Thailand as an annual report before bringing it into account at the next UN meeting in Geneva next year. The UN representatives were also sent to speak to the Thai government in granting their citizens’ right to speak and safety matters, Faruk stated.

The 24 June Democracy group then called the end of the demonstration as of 12:10 PM. before marching to join the pro-democracy ‘MobFest’ activities at the 14 October memorial monument. 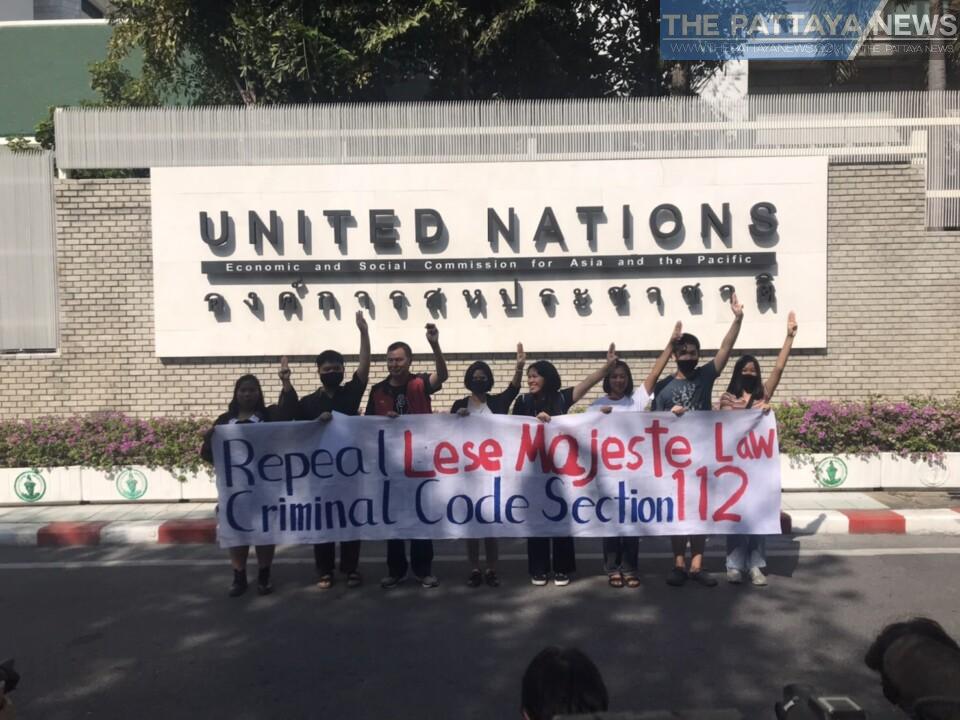 Today’s protest and pro-democracy activities are held significantly and symbolically on the Thai Constitutional Day, when Thailand has created its first Constitution and politically reformed from an absolute monarchy to a constitutional monarchy, whereby a democratic government is formed with the King as Head of State under the new Constitution.

December 10th is celebrated annually across Thailand and is a public holiday since 1932 after King Prajadhipok (Rama VII) of the Chakri Dynasty granted the first permanent constitution to the Thai people as the demand of a bloodless coup led by pro-democracy prominent elite activists.

Since December 10, 1932, Thailand has had its own 20 constitutions and charters written in the constitutional-based system of government.