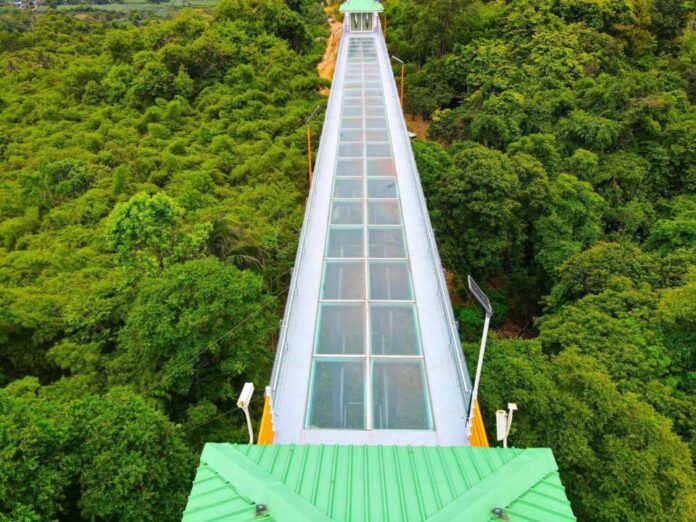 A brand new glass sky bridge in Si Racha is a huge hit drawing many domestic tourists and curious local residents at its grand opening this past weekend.

The bridge, located at Khao Tabaek Temple, Moo 4, in the Nong Kham sub-district in e Si Racha district was built and designed by Phra Kruanyanprayut the Bowin District Abbot and Abbot of Wat Khao Tabaek. It had soft opened in prior weeks and had already proven a huge hit on viral social media videos.

The temple has set a donation fee for the bridge and asked for 40 baht per person. This is for both Thai Nationals and foreigners and is used to help maintain the bridge as well as future temple projects.

The glass section of the bridge allows for up to a hundred visitors at a time said the temple Abott.