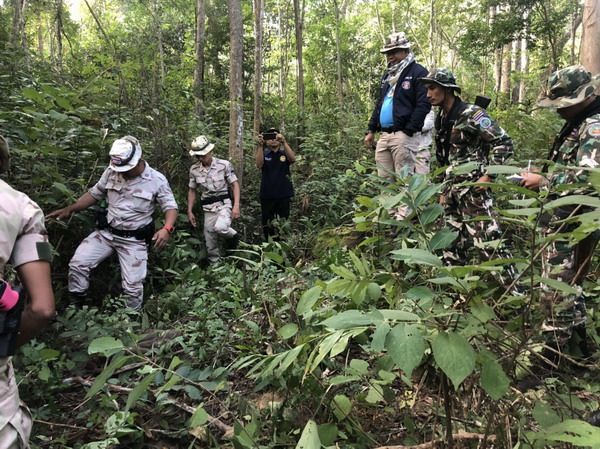 A local mushroom picker was in for quite a surprise when he discovered ten live grenades while out gathering mushrooms yesterday at the Huai Sala Wildlife Sanctuary.

The man, Supin Thammaporn, 58, had been gathering mushrooms in a remote section of the park when he came upon the shocking find which military officials later confirmed were live. Supin called authorities who dispatched a team of bomb disposal experts to the section of the sanctuary in the Phu Sing sub-district.

It was not immediately stated by military authorities on how the grenades had come to this remote area or who they belonged to. However, officials from the Phu Sing district have stated an investigation will take place to determine if they were being stored in the sanctuary or left from a prior conflict.

Supin, meanwhile, reportedly said that he was happy nobody got injured from the grenades and authorities commended the man for reporting his find. The grenades were later reportedly disposed of safely.