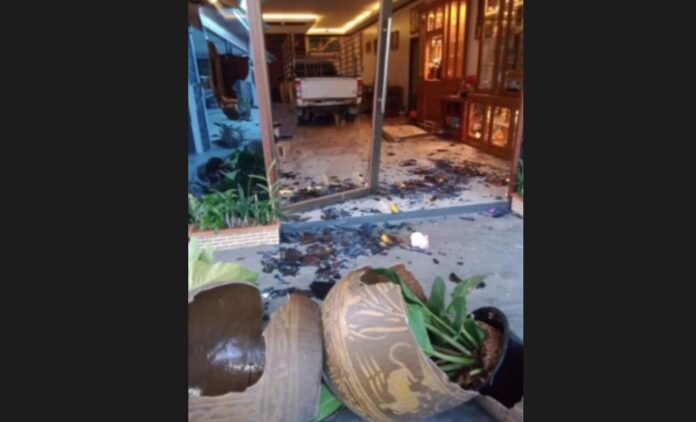 A jealous ex-boyfriend in a pickup truck is accused of deliberately driving into and damaging his ex-girlfriend’s house in Chonburi.

Ms. Uraiwan Kotsombat, 42, has filed a report to the Pan Thong Police with video and photo evidence of the alleged crime. 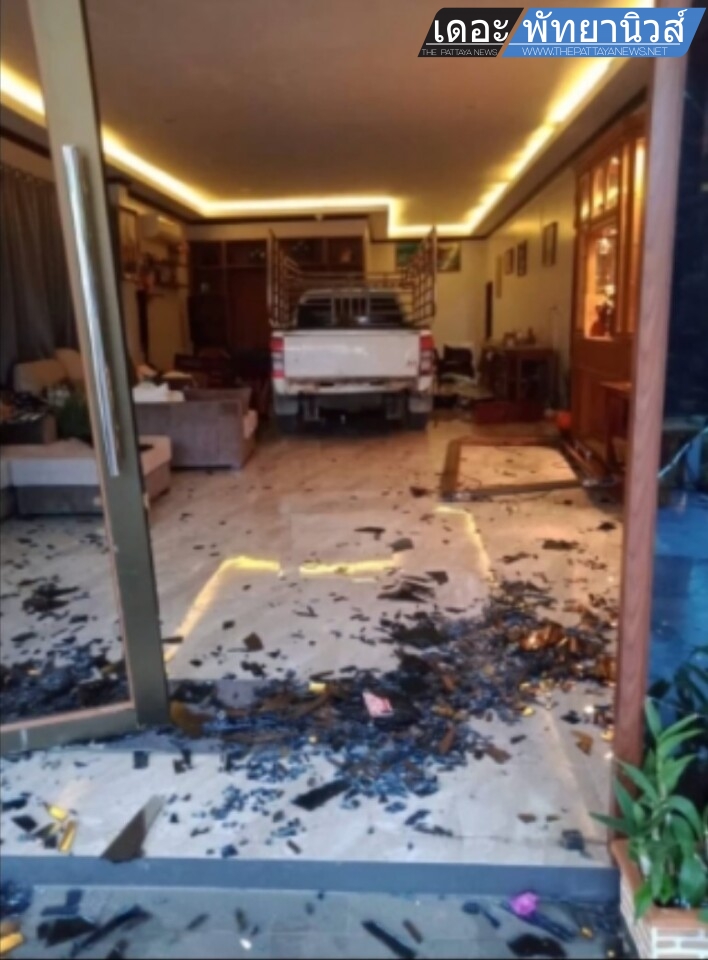 He reportedly drove a pickup truck directly into her living room before crashing into a wall in the house. He also is accused of using a hammer to destroy property in the home after the crash.

She has estimated the cost of damages at about 300,000 baht.

He ex-boyfriend has threatened her before that he was going to burn the house down but she did not expect that he will do what he said, she told police.

Pan Thong police are continuing their investigation to find the suspect who has gone into hiding following the incident.