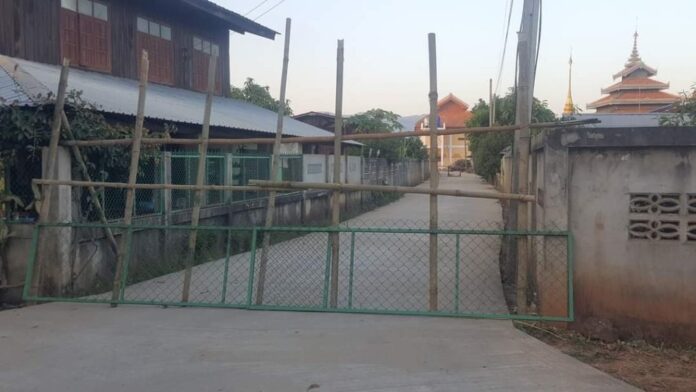 Cases of Covid-19 in Tachileik, located on the border of Thailand directly North of Mae Sai, continue to worsen, alarming both local residents and those in North Thailand.

Over the past several days four confirmed domestic cases of Covid-19 in Thailand have been announced by Thai authorities, all having come from young Thai women who snuck over the porous border illegally while essentially fleeing the worsening situation in Tachileik and attempting to avoid quarantine.

You can read more about those cases here:

In addition, multiple other people, who have tested negative for the Covid-19 virus, have also been caught sneaking over the border from Tachileik, including four Thai women who were caught because they bragged about the illegal crossing on Facebook. They are negative for Covid-19 but will face legal charges, according to Thai Authorities. Thai officials have given strict warnings that Thai nationals are welcome to return from Myanmar but they must go through the quarantine process (which is free) and be tested properly for Covid-19, warning potential illegal border crossers that they face strict Emergency Decree laws and potential long jail time and expensive fines if caught.

Tachileik, long known for a sordid reputation including being reportedly known as a major part of the Golden Triangle and opium trade previously and has casinos, nightclubs, karaoke, bars and various entertainment venues that are popular working venues for Thai women from the North, has essentially gone into a strict lockdown due to rising Covid-19 cases in the border town.

The Mong Hpong village in Tachileik, where the first case of Covid-19 was found in the area, is under a strict, draconian overall lockdown according to reports from Myanmar. Myanmar media in Shan remains sporadic and information regarding the situation is difficult to independently verify. A total of 34 people were being treated for the Covid-19 virus in Tachileik as of Monday, although updates from the Myanmar Public Health Department today, December 2nd, show 53 cases. Shan province overall has recorded 122 cases and 1 death according to Myanmar health authorities.

Local residents in Tachileik state that the city has been placed on an overall lockdown and all travel to and from the city officially is restricted and requires a fourteen day quarantine for leaving or arriving.

According to Tachileik residents interviewed by Myanmar associated media, nearly everything in the city has been closed, even the majority of essential shops and only a small number of grocery stores remain open. Authorities are assisting in delivering critical supplies to those in need. The entertainment venues that were the livelihood for the Thai women who had been working in the area are closed, leading to them attempting to return to Thailand.

Thai Authorities continue to bulk up border resources to protect Northern Thailand and warn Thai nationals in Myanmar they must go through quarantine and not place their families, friends and nation at risk.