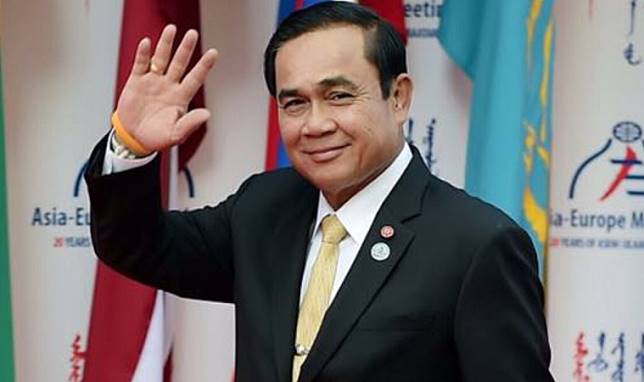 Pro-democracy protesters have declared that they will gather again this Wednesday, December 2, at the Constitutional Court to await the Court’s decision over the Prime Minister’s alleged abuse of power by staying in military housing and whether he was found ineligible as the Prime Minister due to this alleged act.

The case has been primarily brought into account by opposition Pheu Thai MP Prasert Chanruangthong during a no-confidence debate in February, stating that the Prime Minister is breaking the supreme law and abuses his power by reportedly staying at the residence inside the 1st Infantry Division in Bangkok although he has already retired from the military and army since 2014.

Prayuth Chan-O’Cha has been accused of violating Section 170, Section 160, and Section 184 of the Constitution, stressing that a member of the House of Representatives shall not receive any benefit from a government agency apart from that given by the government agency to other persons in the ordinary course of business.

Speaker of the Thai House of Representatives, Chuan Leekpai, then delivered the complaints to the Constitutional Court at the request of the Pheu Thai party leader in March. The Court accepted the case for consideration in June and allowed the respondent to submit evidence and examination for the allegation to the court.

The Constitutional Court officially announced in September to deliver a verdict against the Prime Minister and the Minister of Defence as sufficient evidence has been provided for consideration. The judicial consideration will begin at 3:00 PM. on December 2nd.

The Pattaya News noted that this is one of the most anticipated judicial decisions, particularly for pro-democracy protesters, as his political position could be shaken if he was proven guilty as the ouster of Prayuth is one of their three core demands. While many opposition political members demand his resignation prior to the decision to preserve his honor, members of governing parties claim that Prayuth will not be proven guilty and will remain as the leader of the country.