Two peaceful pro-democracy demonstrations were set up in the Bangkok outskirts of Nonthaburi and Samut Prakan yesterday, November 28, considered as the second consecutive day of  political protests in the country following a major demonstration at the Lat Phrao intersection on Friday.

Protesters started gathering at the Nonthaburi Civic Center MRT station from 3:00 PM., and at Imperial World Samrong shopping mall in Samut Prakan at 4:00 PM. before marching to  the Bang Na Intersection at around 6:30 PM. 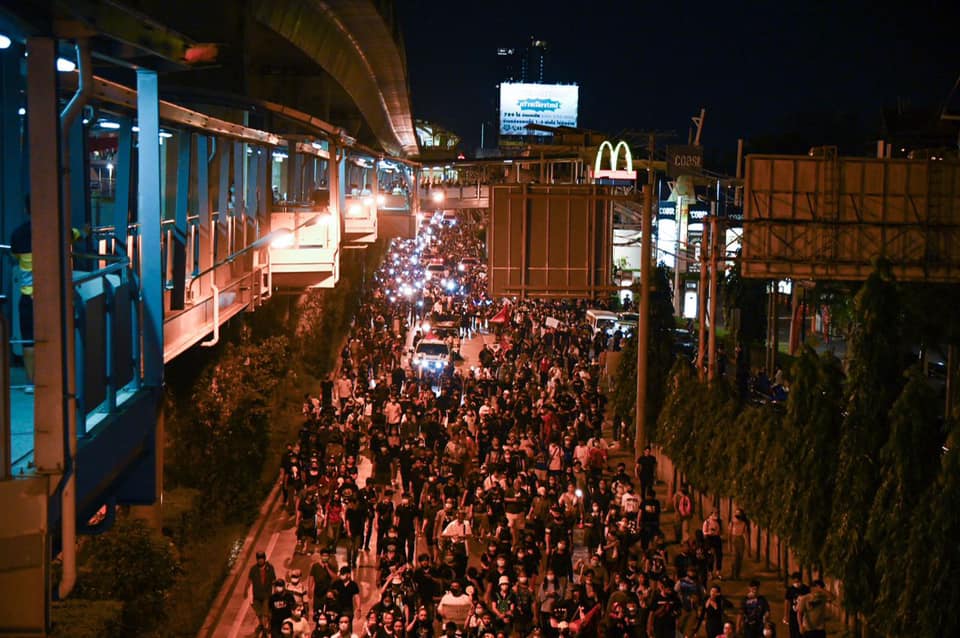 Organized by local pro-democracy groups, rally participants are high-school and university students, laborers, and local residents who support the main pro-democracy demands, including the PM’s resignation, a new Constitution draft, and reform of the monarchy.

The protests also highlighted social and economical inequality in Thailand which have been, according to the protesters, worsened under Prime Minister Prayuth Chan-O’Cha as the government had favored market monopolies and a minority of the capitalists. Both the Khae Rai intersection in Nonthaburi and Bang Na intersection in the capital were closed for traffic and occupied by a large crowd of protesters throughout the evening. The organizers had called off the end of the demonstration at about 10:00 PM. for both sites.

Later in the evening, the United Front of Thammasat and Demonstration announced the next gathering at the 1st Infantry Division, also known as the King’s Close Bodyguard, on Sunday from 3:00 PM. onwards. 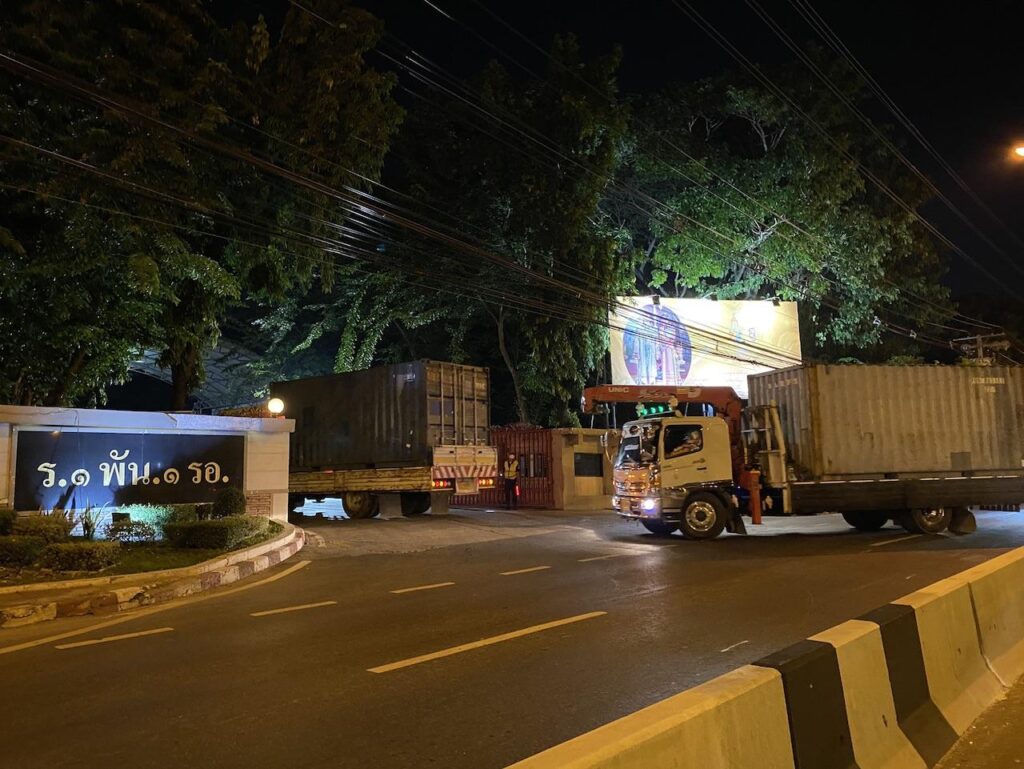 Shipping containers and barbed-wire fences were seen being put up to block protesters from gathering around the Regiment as of 1:00 AM today, resulting in the announcement of the swift relocation to the headquarters of the 11th Infantry Regiment located in Bang Khen district.

Pro-democracy protesters will be gathering at Wat Phra Si Mahathat BTS station before marching to the 11th Infantry Regiment this afternoon.