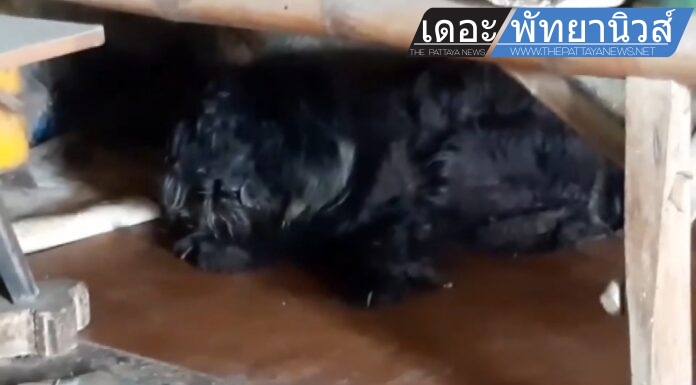 A 59-year-old man was found deceased in a small room in Mueang Chonburi, guarded by his faithful pet dog.

The Mueang Chonburi Police was notified of the body this week at a rental room in the Baan Suan sub-district. 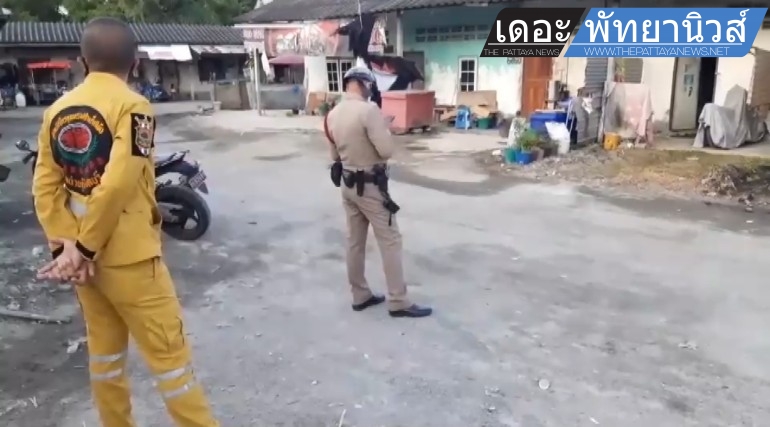 They and The Pattaya News arrived at the scene to find the body of Mr. Jarae Sumart, 59, who was a motorbike taxi driver.

Mr. Jarae had been deceased for about four days according to the Mueang Chonburi police. No sign of struggle was found on his body. His dog was found near the deceased, watching over his body and initially preventing rescue workers from approaching. Animal welfare experts helped safely remove the dog without harm to the animal nor rescue workers.

Neighbours told police that Mr. Jarae had lived alone with his dog for a long time and was single. The neighbours called police when Jarae did not answer his door and they stated a foul smell was coming from the room.

The door was not locked when they found his body. The cause of death is still being identified. His faithful dog is being reportedly taken care of by animal welfare experts.