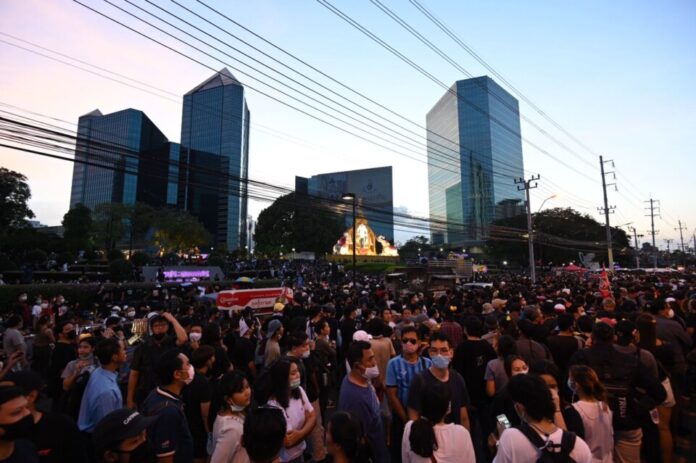 A massive crowd of pro-democracy demonstrators gathered outside the Siam Commercial Bank (SCB) headquarters yesterday, November 25, around 3:00 P.M. to raise their voice against Prime Minister Prayuth Chan-O’Cha and especially to question the royal fortune of the highest institution in Thailand.

The demonstration was earlier planned outside the Crown Property Bureau (CPB) in Dusit district but the protesters announced on Tuesday night to move to the SCB headquarters in Chatuchak district to avoid a confrontation with opposition royalist supporters, according to the student-led group statement. This came as the area around the CPB was secured with massive barricades including shipping containers and barbed wire to deter the protesters. 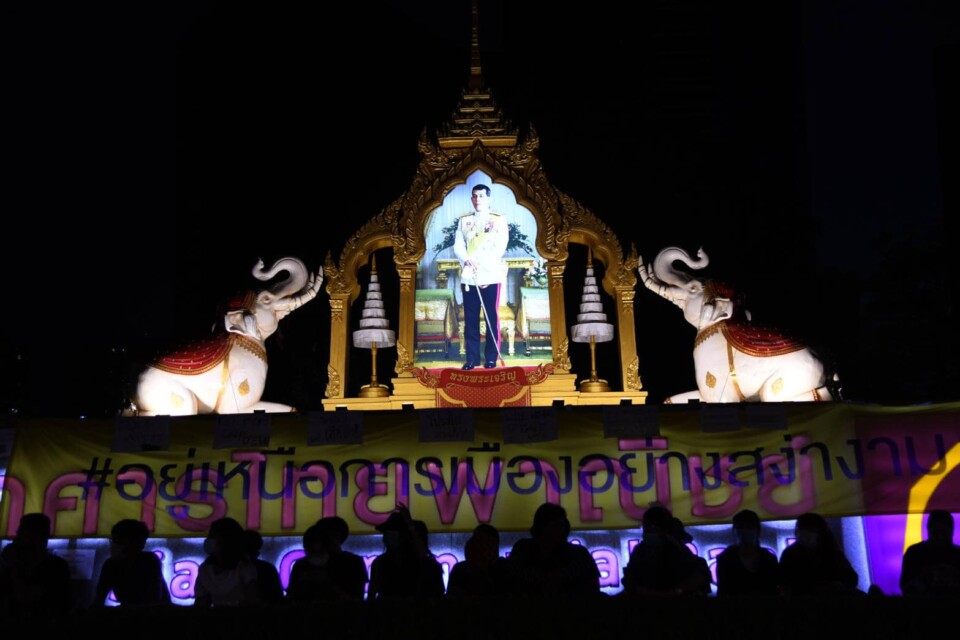 It is universally acknowledged that His Majesty the King Maha Vajiralongkorn is currently the largest shareholder, accountable for 23.38 percent, of the Siam Commercial Bank, Thailand’s oldest and largest commercial financial institutions, the protesters stated in their speeches and announcements at the rally.

The most controversial and untouchable topics of the highest institution were explicitly mentioned throughout the six-hour demonstration via large banners, handwritten and printed signs, and speeches given by protest leaders, despite pressing Lese Majeste summons for the leaders. 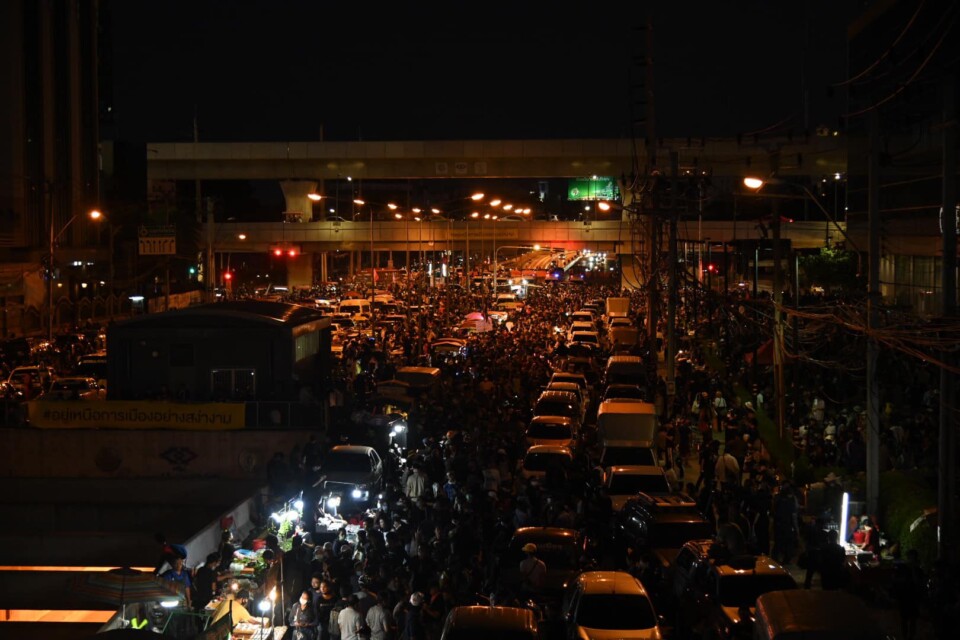 A larger crowd was seen as the evening approached. However, traffic was not blocked by either protesters or police officers and could still pass through the area along Ratchadapisek Road.

The protest came to the end at around 9:00 PM. after activist Panusaya “Rung” Sithijirawattanakul announced another pro-democracy rally again on Friday. The time and location will be revealed at a later time.

However, a startling incident occurred an hour after the end of the demonstration as a loud explosion and several gunshots were heard coming from across the protest site, injuring two vocational students of the protest guards.

The investigation is currently under the process of police from Phaholyothin Police Station. While the vocational guards stressed that the alleged perpetrators are not the pro-democracy vocational guard, deputy commissioner Piya Tawichai insisted that both sides are from the protest guard and are a longtime rivalry. Protesters, meanwhile, showed what they called evidence that are photos they claim prove the perpetrators are royalist supporters and not pro-democracy protesters.

Read the coverage of the story reported earlier from the Pattaya News below: