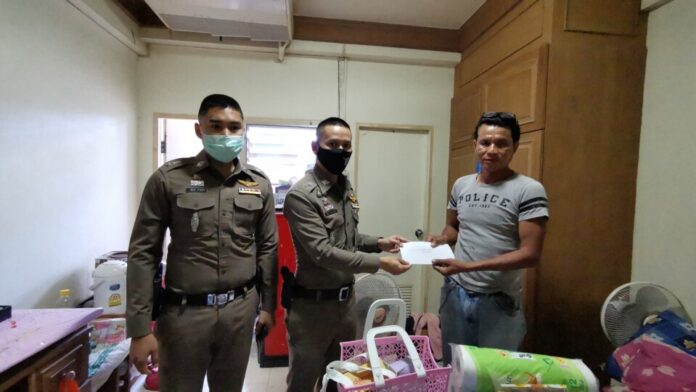 The Pattaya City Police and a good Samaritan helped a man who is taking care of his 89-year-old bedridden mother in Pattaya last week after he posted a desperate message for help on social media.

Mr. Aussanai Jimanang, 49, who is the son of Mrs. Tan Jimanang, 89, is the sole provider looking after his mother who is a bedridden patient in a small room at the Mind Mansion in Soi Pattaya Klang 14.

He told The Pattaya News that he had run out of money to support his mother and himself after losing his previously profitable job in Pattaya in the now dried up tourism industry, which was decimated by the Covid-19 pandemic and border control restrictions that had locked out foreign tourists. He stated that he had completely ran out of funds and didn’t know where to turn to and had been unable to locate employment.

He had asked for help on Facebook and Thai language social media groups having ran out of options, not expecting a huge response or expecting people to not believe him or be skeptical. Instead, he was floored by the positive response given by members of the local community.

The Pattaya City Police, led by Lieutenant Colonel Nitat Weanpradap, personally visited Mr. Aussanai and his mother after seeing his posts for help on Facebook with food, necessary items for their living and essential funds. 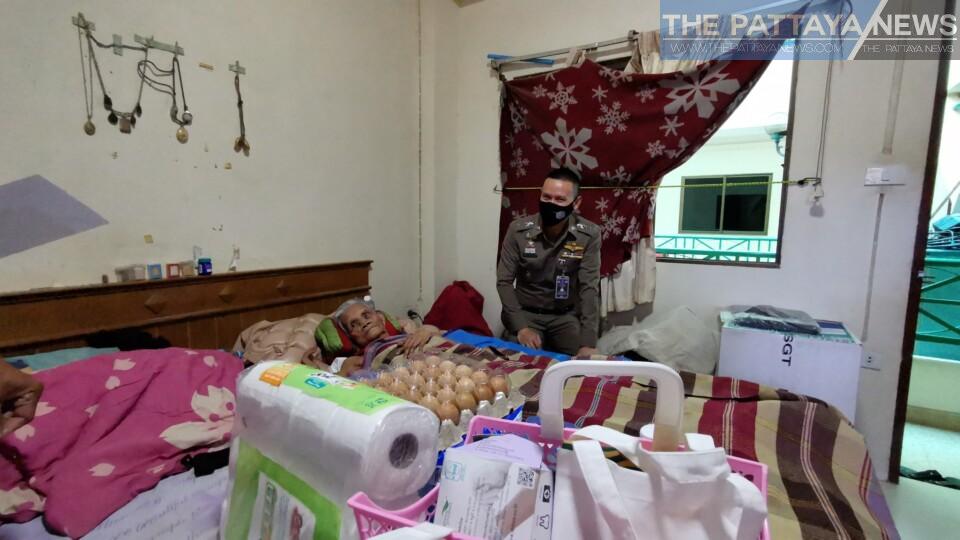 Anyone who still wishes to help can please contact Mr. Aussanai at telephone number 084-345-3383 or can visit them at the Mind Mansion in Soi Pattaya Klang 14 and see that all donations go to support his mother. 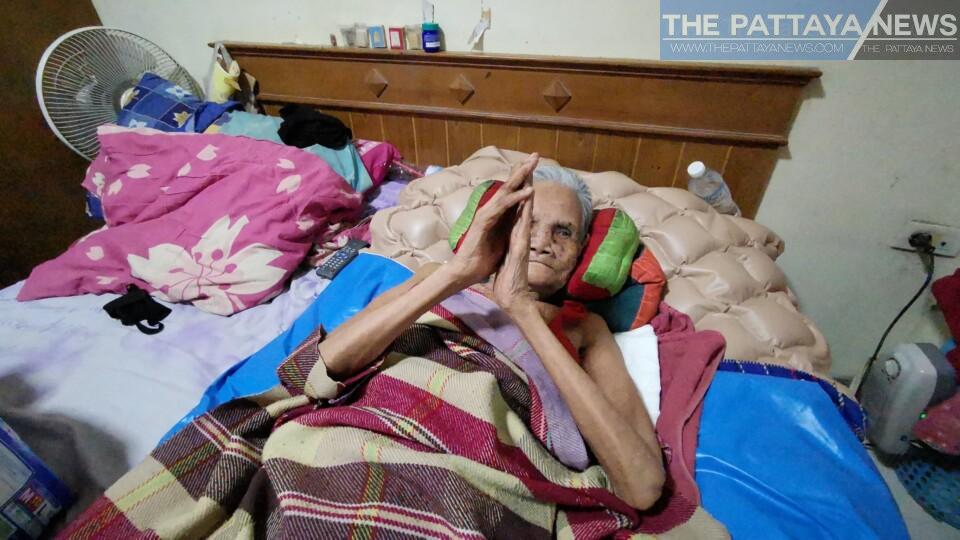