Three people have been injured after a sedan driver reportedly ran a red light before colliding with two motorbikes in Pattaya earlier this week.

The Pattaya City Police was notified of the accident on Wednesday night (November 18th) on Pattaya Third Road in North Pattaya.

Emergency responders and The Pattaya News arrived at the scene to find a damaged black vehicle on the road.

Nearby, rescue workers found two damaged motorbikes with three injured victims. They were taken to a local hospital for medical assistance. 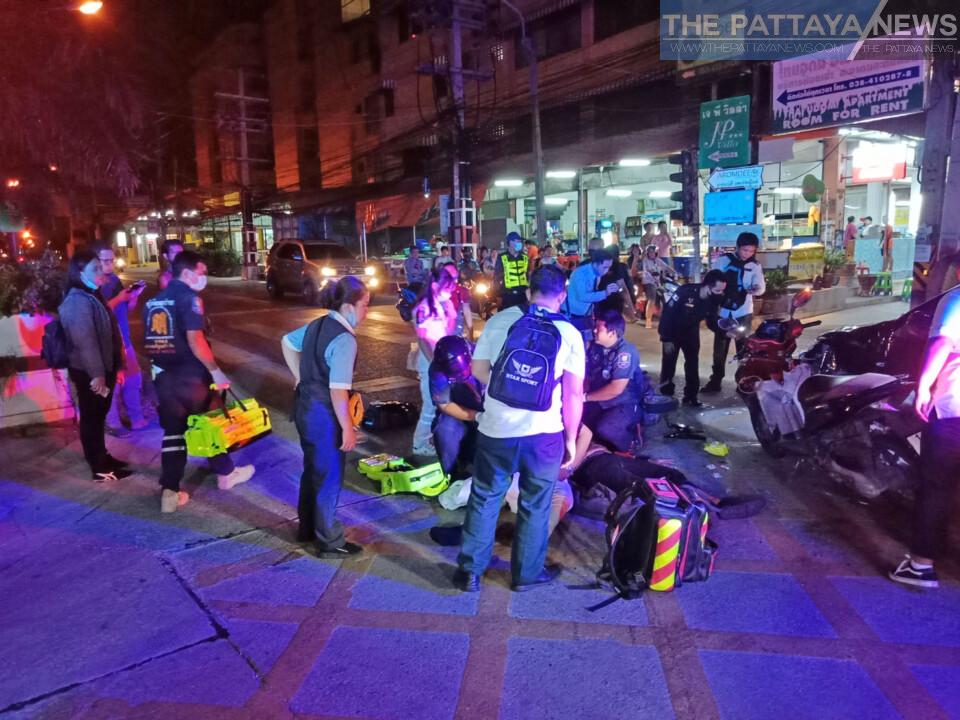 The driver of the black car, Mr. Thana Pannongka, 29, was waiting for police at the scene.

A witness, Mr. Surachai Pongnan, 45, told The Pattaya News, “I was stopping at the red light near the two injured parties on motorbikes. The sedan crashed into them. Luckily, I was not hit.”