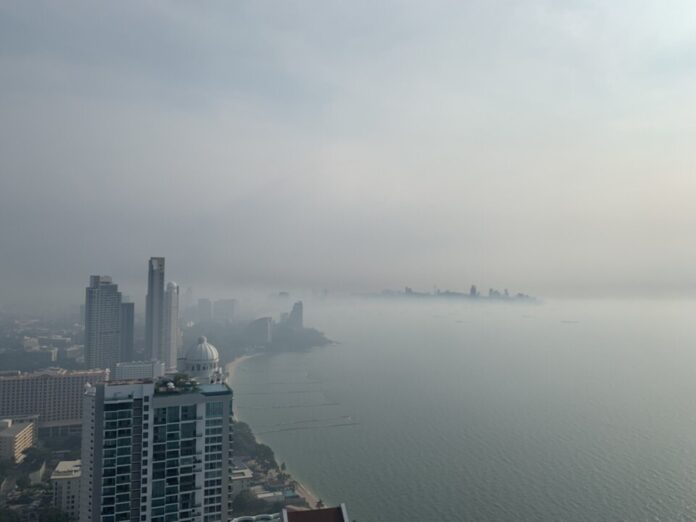 Local residents in Pattaya have shown increasing levels of concern over the air quality in Pattaya over the past several days, in which a large cloud of what appears to be smog has settled over the city obscuring the view and ability to see the islands in Pattaya Bay. 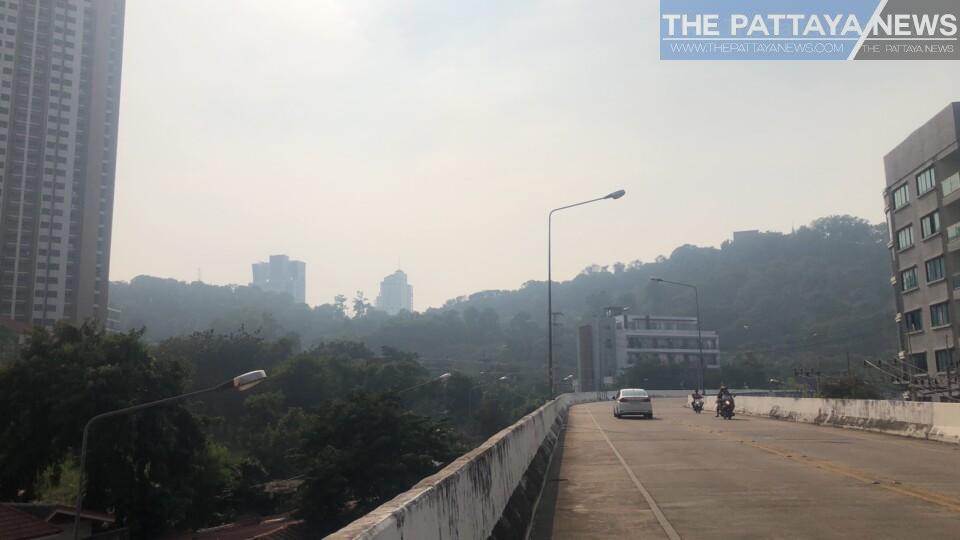 It alarmed local residents due to potential health concerns who took to social media as well as contacting The Pattaya News directly to express their concern.

Locals are being advised to wear protective masks and take proactive measures to protect themselves from the dust when going outside. Outside exercise, according to authorities, should be limited.

Pattaya area officials have not directly stated what has caused the pollution, however, The Pattaya News notes that mass sugar cane burning in rural areas around Thailand, including near the city, has been found in the past to be the primary cause. With significant less levels of traffic, boats, buses and tourists due to the Covid-19 pandemic and ban on most general foreign tourists from entering the country, these factors that were previously named as “the cause” by officials appear to not be the problem.

Sugar cane burning is against Thai law but citizens and expats complain that it is not enforced well and as a result leads to the near yearly pollution levels in the city as a result. Comments online have asked regional and national government officials to take a stronger stance on Sugar Cane farmers and large companies that operate the farms. Additionally, citizens have asked that customers of the farms reject burnt sugar cane which would also help force farmers to resort to other methods of harvesting. 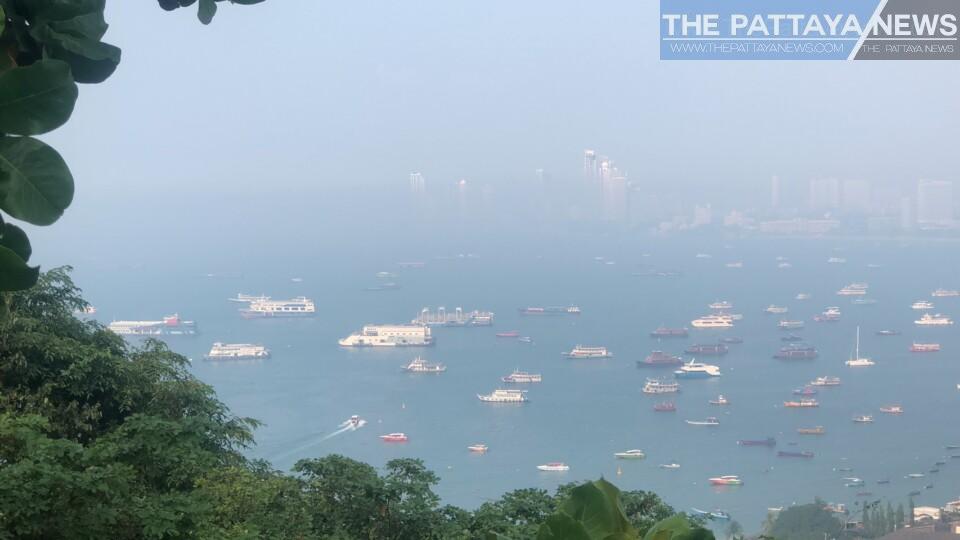