Banglamung, Chonburi –
Three people have sustained injuries after a German motorbike driver allegedly immediately made a U-turn in Nongprue without giving proper signals.

The Nongprue Police were notified of the accident at 6:00 PM yesterday (November 18th) in Soi Khao Talo. Police, emergency responders and The Pattaya News arrived at the scene to find two damaged motorbikes. The German driver, 77, whose name was not provided by Banglamung police, had sustained only minor injuries. The second driver, Ms. Supreeya Yangthaisong, 22, and her passenger who was not named suffered moderate injuries. Both were taken to a hospital for medical assistance.

Ms. Supreeya told The Pattaya News that the foreign driver immediately made U-turn in front of her motorbike, allegedly causing the accident. The German expat did not release an immediate statement to the press at the scene of the accident giving his side of the story.

Nongprue Police stated they will be interviewing both parties further and reviewing CCTV at the scene of the accident to validate the statements given and determine fault for liability and legal purposes. 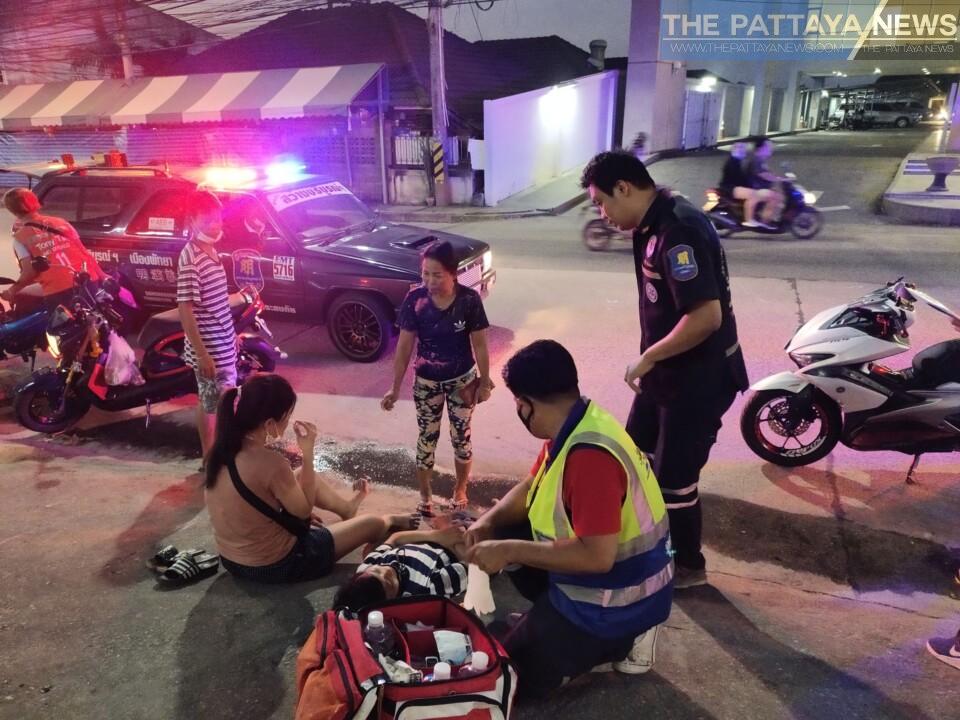