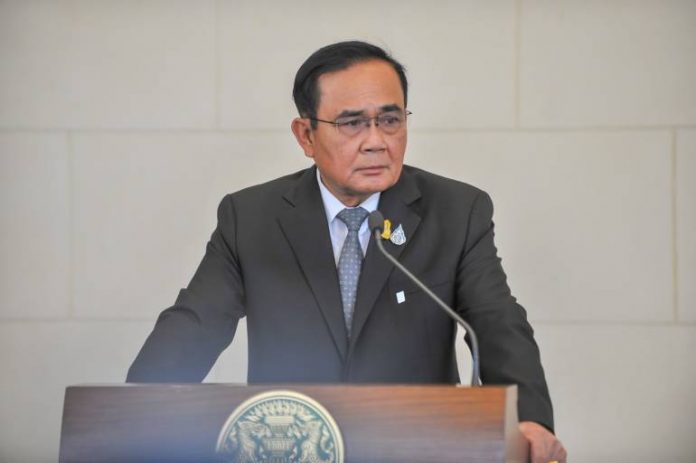 The Thai Prime Minister, Prayut Chan O’Cha, released a statement today stating that all laws will be used against protesters who allegedly break the law or vandalize property, assemble without permission and other laws.

Some pro-democracy protesters fear this means the “lese majeste” laws, which forbid insulting the monarchy, could be used which could bring fifteen year prison sentence and other fines.

The statement in whole is below: 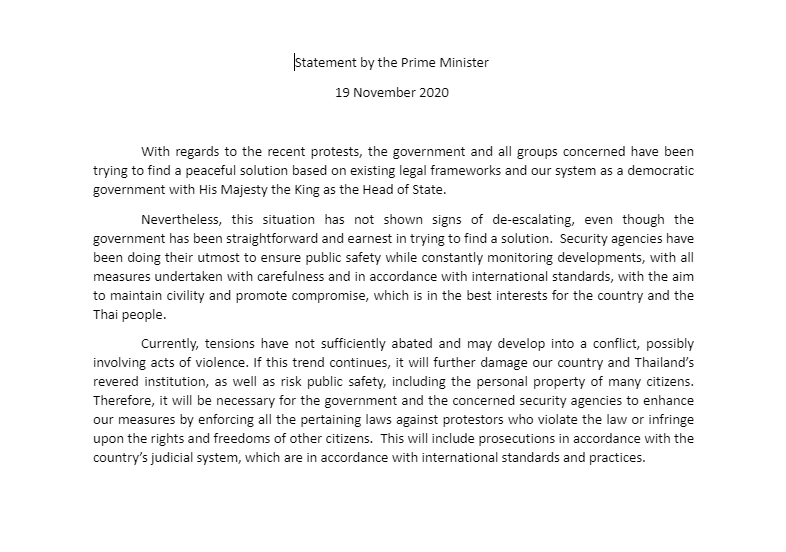