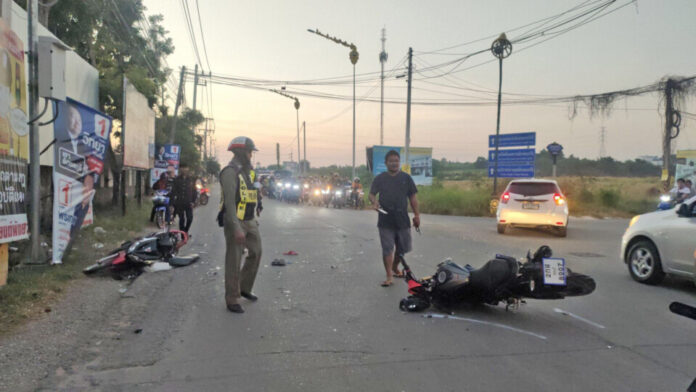 Two Cambodians have been injured while a Thai man was in critical condition after a two motorbike collision in Banglamung yesterday. Major Samart Boonrit of the Nongprue Police was notified of the accident at 6:00 P.M. yesterday (November 17th) on Pattanakan – Thung Klom Road in Nongprue.

Emergency responders and The Pattaya News arrived at the scene to find two damaged motorbikes on the road.

One of the Thai drivers, Mr. Sanit Nooeiam, 54, had sustained serious injuries. Two other Cambodians involved in the accident sustained minor injuries. They were taken to a local hospital where Mr. Nooeiam remains in critical condition as of press time according to hospital officials. 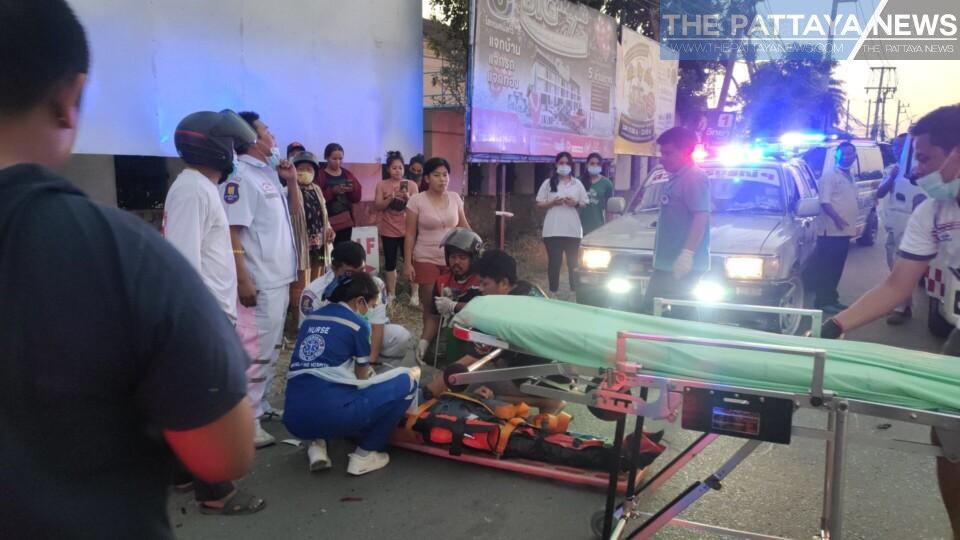 No witnesses were found at the scene. Banglamung police are reviewing CCTV in the area to determine fault in the incident and have interviewed the Cambodian nationals.