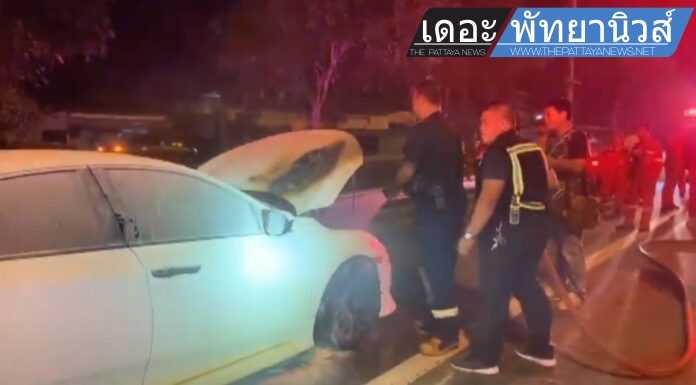 A sedan driver has escaped from injury after his car engine caught fire in Mueang Chonburi this week.

The car fire earlier this week, (November 16th), was in the Don Huaro sub-district. Fire fighters arrived at the scene to find a white sedan emitting lots of smoke. Local residents were helping to put out the fire but firefighters were able to quickly assist and complete the task. The sedan engine was majorly damaged from the blaze.

The driver, Mr. Wanchai Jarunongkran, 24, told The Pattaya News, “The sedan had previously had some minor engine problems but nothing that foretold this experience in my opinion.”

“I heard an explosion before I immediately stopped my car on the side of the road.”

“Smoke was coming from the engine room. I opened the engine room before the blaze increased and flames began to overtake the rest of the vehicle. At this point I called emergency officials for assistance.” Wanchai concluded.

The vehicle was reportedly towed to an automobile repair shop to see if it could potentially be repaired or salvaged, Wanchai was uninjured. 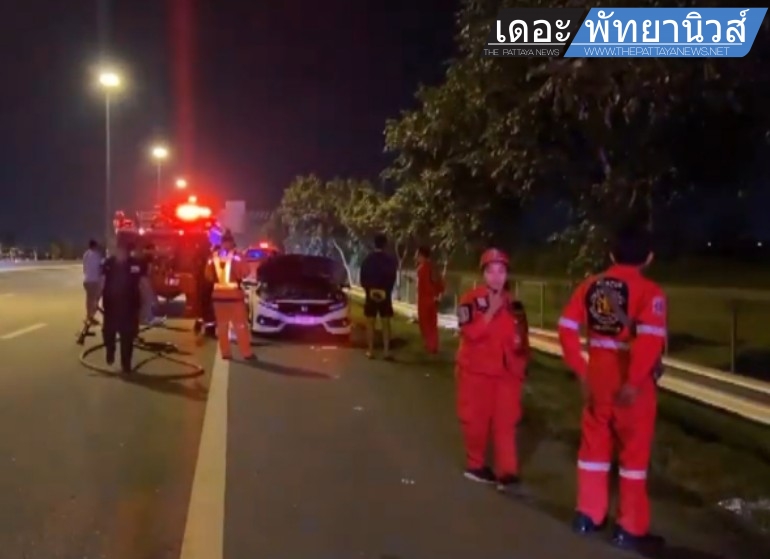