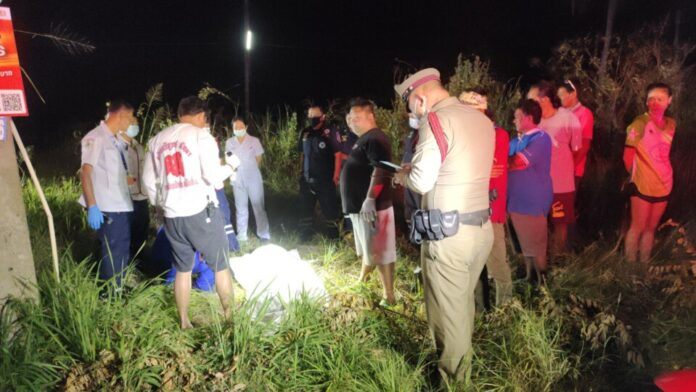 A Cambodian motorcyclist was killed after reportedly running off a road curve and smashing into a high-voltage electric pole in Banglamung district, Chonburi, yesterday, November 14.

Banglamung Police officers arrived at the scene near Soi Huay Yai Mook in the Nong Prue Subdistrict shortly after being alerted of the fatal incident around 11:30 P.M. 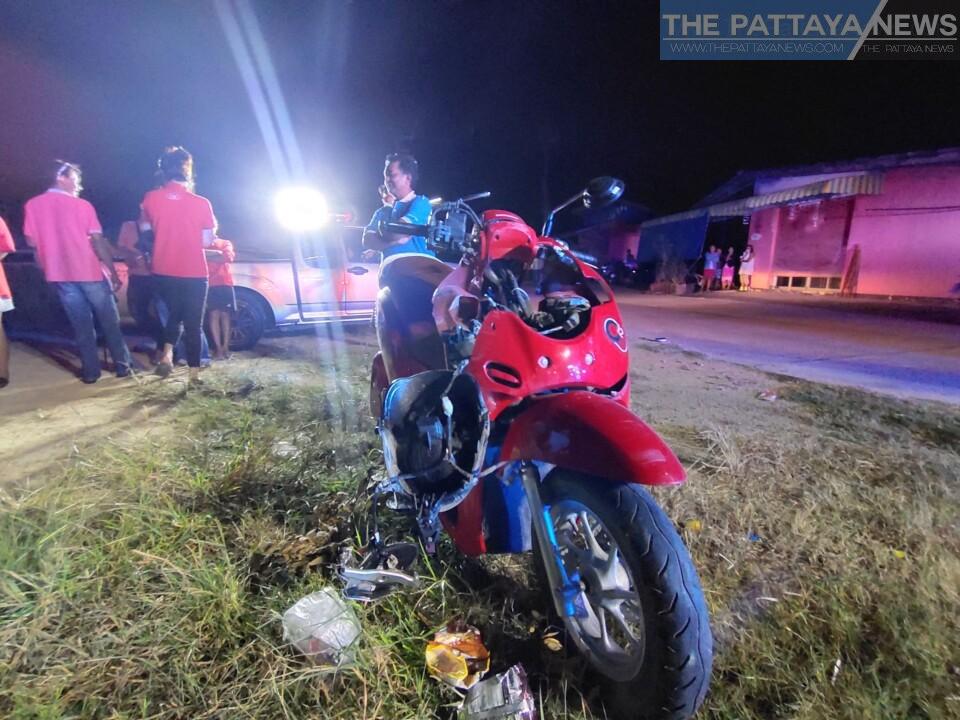 The rider, only named to the press as Piya, was found lying on a sideroad and seriously injured with a large wound on his head. Medical volunteers rushed to help the man but he was pronounced dead a few moments later. His red motorcycle was heavily damaged from the collision.

Nearby, locals claimed to not witness the accident when it occurred. The police initially presumed that Piya might not be familiar with the route. He might have started to lose his balance and run off the road track when he reached the curve, causing him and his vehicle to directly collide with a high-voltage concrete pole. The authorities will continue the investigation possibly from his relatives and friends and collect evidence from CCTV cameras in order to examine the exact cause of the accident.