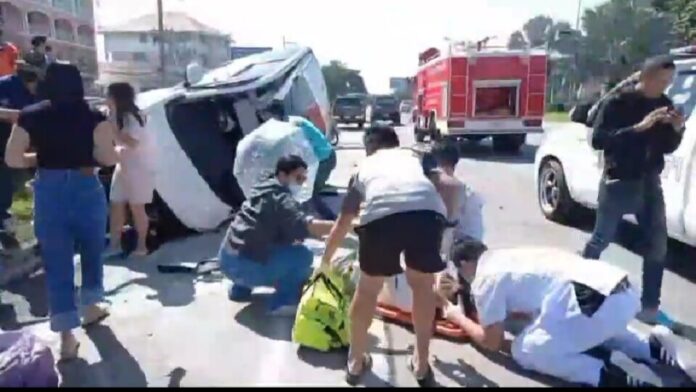 Three people have sustained various injuries after a two car collision at a traffic light in Mueang Chonburi.

The Sane Suk Police was notified of the accident yesterday (November 13th) on Sukhumvit Road in the Mueang sub-district.

Emergency responders and The Pattaya News arrived at the scene to find a damaged overturned white car on the road. The unidentified driver had sustained serious injuries.

Nearby, rescue staff found a damaged black vehicle. The driver, Mr. Winai Poonsawat, 33, and his passenger Ms. Pattra, 35, had sustained various moderate injuries. They were taken to a local hospital for medical assistance. 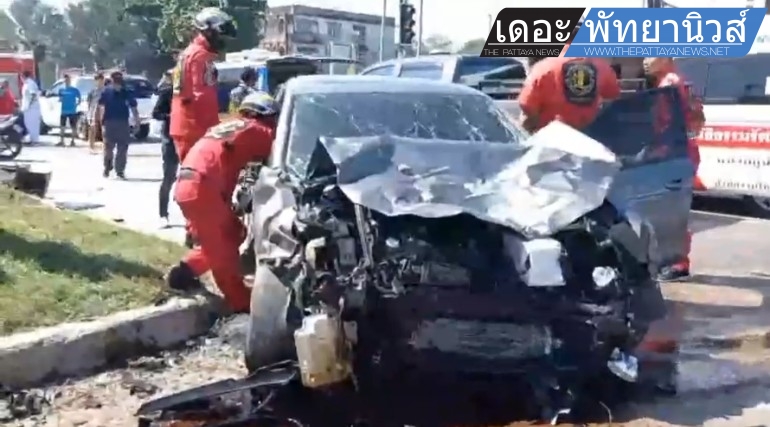 Mr. Naewat, 41, a witness, told Mueang Chonburi police that he was driving near the two vehicles involved in the accident. The two cars had stopped for a traffic light and the black car reportedly crashed into the white vehicle. One of the vehicles ran a red light.