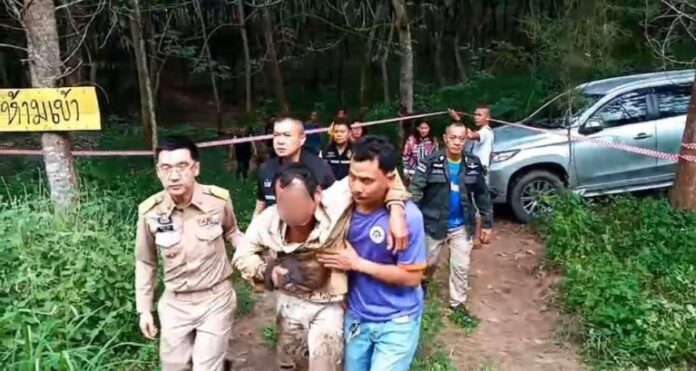 A local resident in the Bor Thong district died this morning after reportedly being attacked by a wild elephant which was the third death in twenty days related to elephants.

The Bor Thong Police was notified of the incident early this morning (November 12th) at a rubber plantation in the Tat Thong sub-district.

Police, rescue workers and district officers rushed to the scene to find the body of Ms. Durian Suwannachet, 54. Her body had suffered severe damage during the attack. 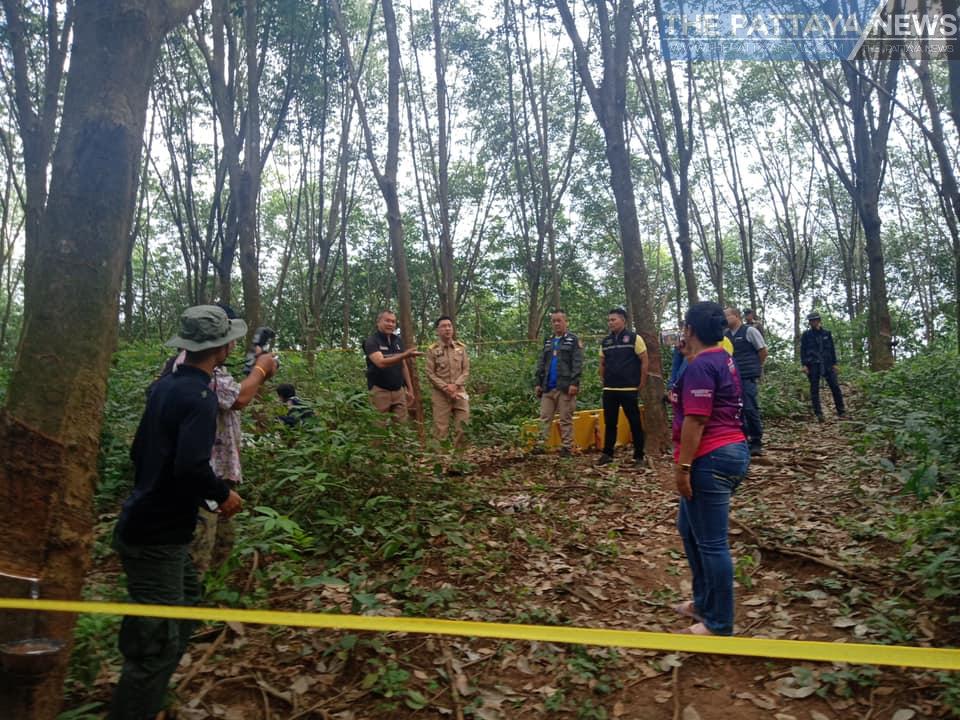 Her daughter, Ms. Suneerat Thongyam, 35 told police that “My father and mother were working in the rubber plantation in the early morning at dawn.”

“My father saw a large elephant. He ran away while shouting to warn my mother. She might not have heard due to hearing issues and it was dark in the forest. My mother was attacked by the elephant.”

Mr. Somjit Haphon, who is a witness, told police “I saw the elephant crossing the road when I was driving. It must be the same elephant.”

The Bor Thong District Chief Mr. Kittiphong Kittikun apologized for the incident. He has warned local residents not to come out from accommodation from 4:00 AM to 8:00 AM as it is a time that elephants are searching for food.

A monk and a local resident in the Bor Thong district died after reportedly being attacked by wild elephants last month. One notorious wild elephant died earlier this month, however the area remains a hunting ground for the animals.