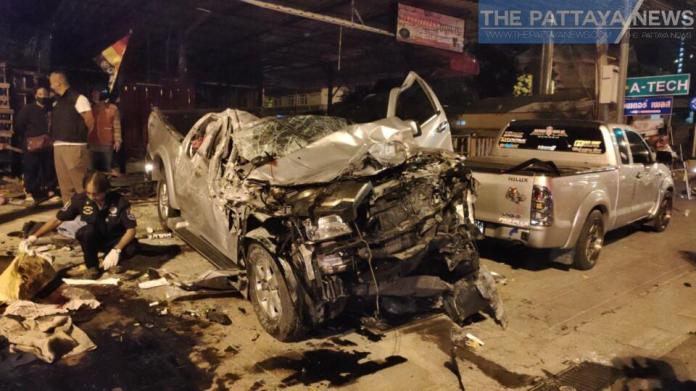 The Pattaya City Police have yet to confirm if a young pickup truck driver involved in a fatal accident yesterday will be charged with reckless driving causing death and injuries.

Two still unidentified women on a motorbike were pronounced dead at the scene while a pedestrian who was talking on a phone on the side of the road had sustained serious injuries after a suspected intoxicated pickup truck driver collided with the two women on a motorbike in Pattaya early yesterday morning (November 10th).

The pickup truck driver is Mr. Nattakorn Thonglor, 20, who is a Chonburi student. He was described by Pattaya Police as cooperative. 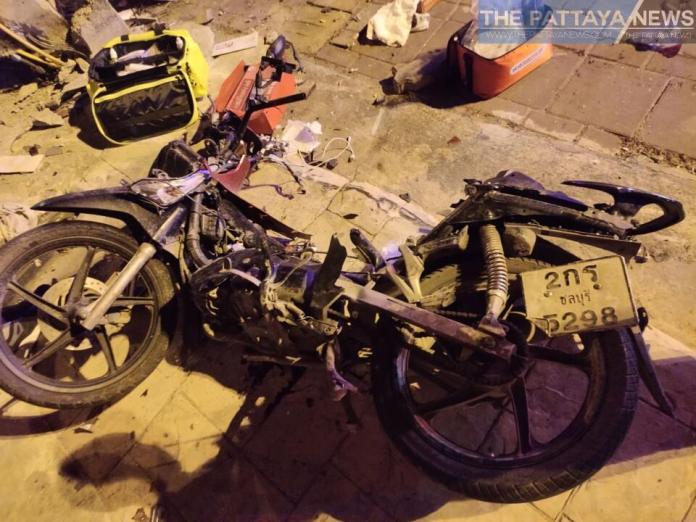 The Pattaya City Police Chief Colonel Khemmarain Pitsamai told The Pattaya News, “An alcohol test was conducted for the pickup truck driver. He had 39 milligrams of blood alcohol percent which is not over the limit (50 mg percent). Legally, he was not intoxicated.”

“We are trying to identify both people on the motorbike who had been pronounced dead.”

“Any charges for the pickup truck driver have yet to be determined.”

“However, it is clear on the CCTV footage that the two women on a motorbike ran a red light.” The Police Chief concluded.

Pattaya City Police will likely make a determination on any charges over the next several days. The pedestrian continues to recover at a hospital and for the time being Nattakorn has been released on his own recognizance.