Forestry police officers were patrolling at the Khwae La-bum and Si Yat National Reserve Forest Areas when they discovered a trio was reportedly rubber tapping and harvesting wild products in the forest.

Thai national Watcharapong Hong-ek, 39, and two Cambodian workers, Heang Em and Yin Sai, were caught at the scene along with 33 pieces of spoons, a knife, a sharpening stone, a set of headlamps, and a gallon container used for rubber collecting.

According to the police, certain national reserve forest areas had been intruded on by some groups of business and political magnates. At least 1,000 Rai (395 Acres) of illegal rubber plantations had been previously found and seized in the area in 2015.

The farmers were taken to a local police station for interrogation. However, they initially refused to answer the authorities’ questions and did not reveal who was their employer or investor. 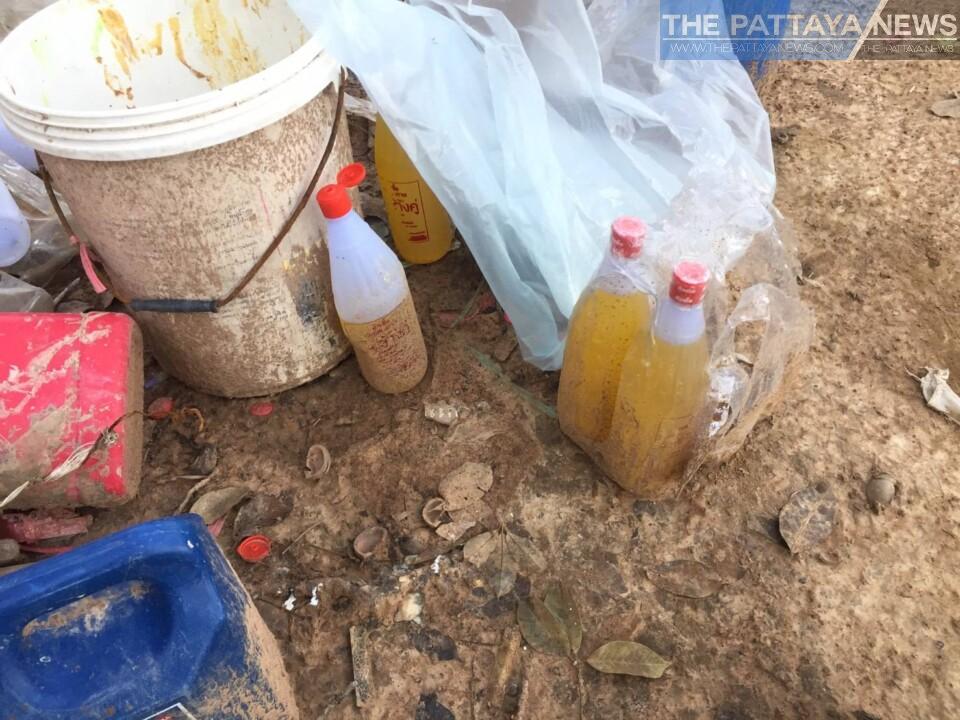 When being asked for a work permit, Cambodian national Heang Em did not provide any documents to allow him to work in the kingdom legally. He allegedly confessed that he had been working in the country for more than 20 years without legal documents.

Initially, they were held under police custody for allegedly collecting rubber illegally in a forest reserve and being involved in any activity that could harm or degrade the state of the national reserve forest without permission.

The Cambodian on a twenty year overstay and with no work permit will be deported, according to police.