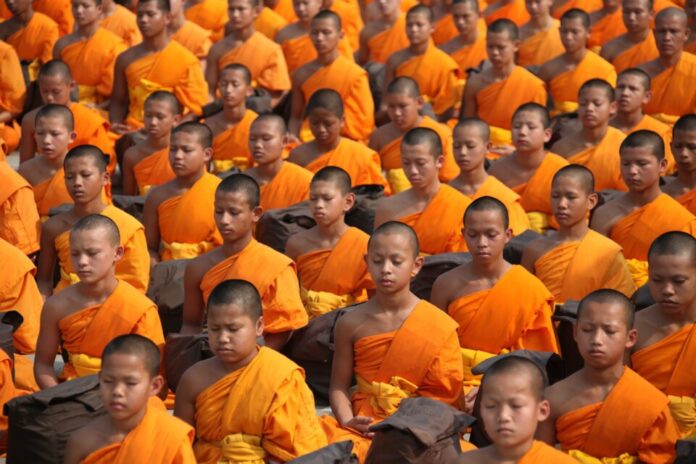 The Sangha Supreme Council of Thailand, in conjunction with the National Office of Buddhism, issued an urgent edict today to temples throughout the Kingdom banning monks and novices from joining political protests.

This follows, according to Narong Song-arom, director of the National Office of Buddhism, large numbers of complaints to the Office over monks participating in recent rallies and events, especially in Bangkok.

The Sangha Supreme Council stated their viewpoint that monks should not be involved in politics and should be neutral.

The edict, if violated, could cause severe legal action and penalties to anyone who violates the rules and joins the protests, added Narong.

Narong also stated that some monks were even protesting about long standing monastic rules and traditions, asking for them to be changed. However, he said that all monks chose voluntarily to join the monkhood and that they knew what the rules were before joining and were not forced to comply. Therefore, protesting against them was against Buddhism, according to Narong.

The Pattaya News notes monks have recently been seen at multiple rallies, primarily pro-democracy rallies although some have also been seen at pro-establishment rallies. The edict applies to all political rallies, regardless of cause.