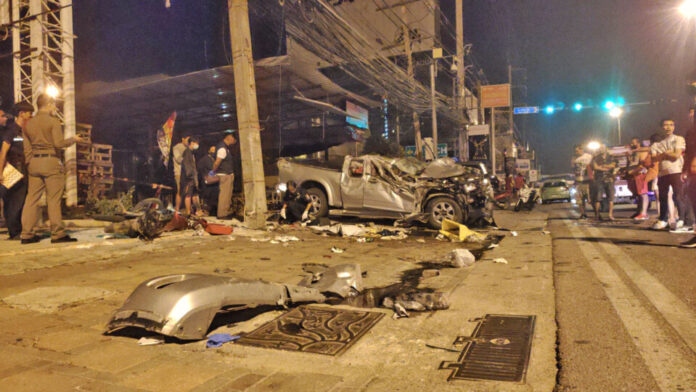 Two unidentified women on a motorbike have been pronounced dead at the scene while a pedestrian who was talking on a phone on the side of the road have sustained serious injuries after a suspected intoxicated pickup truck driver collided with the motorbike in Pattaya early this morning (November 10th). 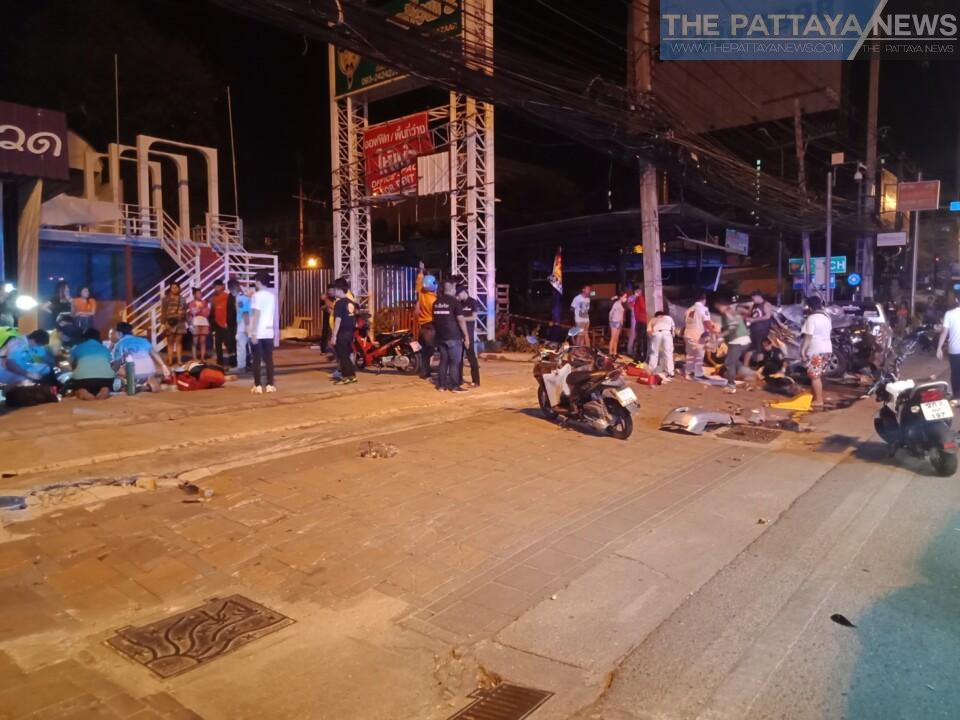 Captain Siriwit Wonggwangrom of the Pattaya City Police was notified of the accident at 3:00AM at Thepprasit Road off of Sukhumvit Road.

Emergency responders and The Pattaya News arrived at the scene to find the heavily damaged pickup truck on the side of the road. Nearby the rescue staff found the damaged motorbike. Two deceased women were found on the road aged around 30-35 years old. They had no identification documents on them and police are still working on a positive identification. 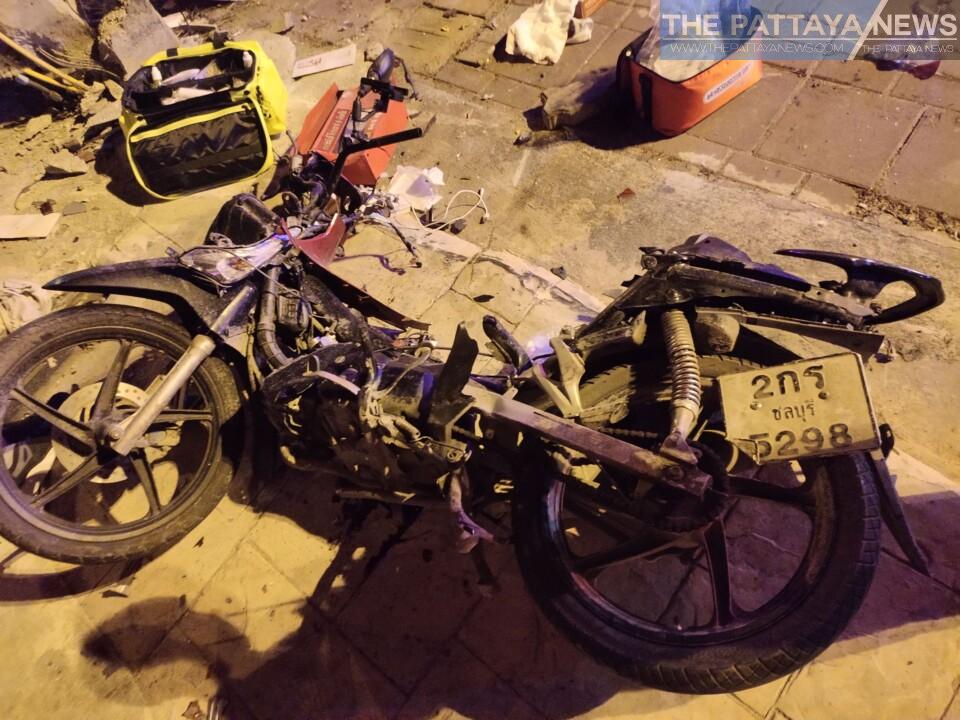 Nearby, rescue staff found an unidentified Thai man who had also sustained serious injuries. He was rushed to a local hospital and as of press time was in critical condition.

The pickup truck driver, Mr. Nattakorn Thonglor, 20, who is a Chonburi student, admitted that he was coming back from a party. He had sustained only very minor injuries and did not need medical assistance.

Driving at what appeared to be high speed, he was unable to avoid the collision with the women on their motorbike, who appeared to be making a turn directly in front of him, before his pickup truck then crashed into a man who was talking on a phone on the side of the road.

The Pattaya City Police are continuing their investigation for further likely legal action. Nattakorn was detained for a blood alcohol test, although the immediate results were not made available by Pattaya Police. CCTV footage appears to show that although Nattakorn was driving at speed the unidentified women on the motorbike also appeared to take the turn suddenly.