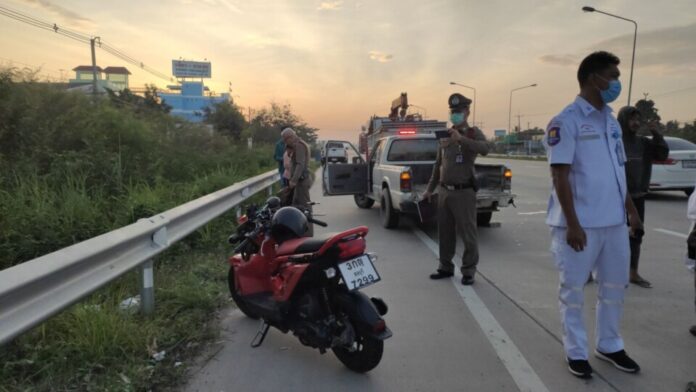 A young driver has been pronounced dead at the scene after his motorbike slammed into a truck in Banglamung this morning (November 9th).

The Banglamung Police was notified of the accident at 6:00 AM on Road Number 36 (Krating Lai – Pluak Ket).

Police, emergency responders and The Pattaya News arrived at the scene to find the damaged motorbike on the road. 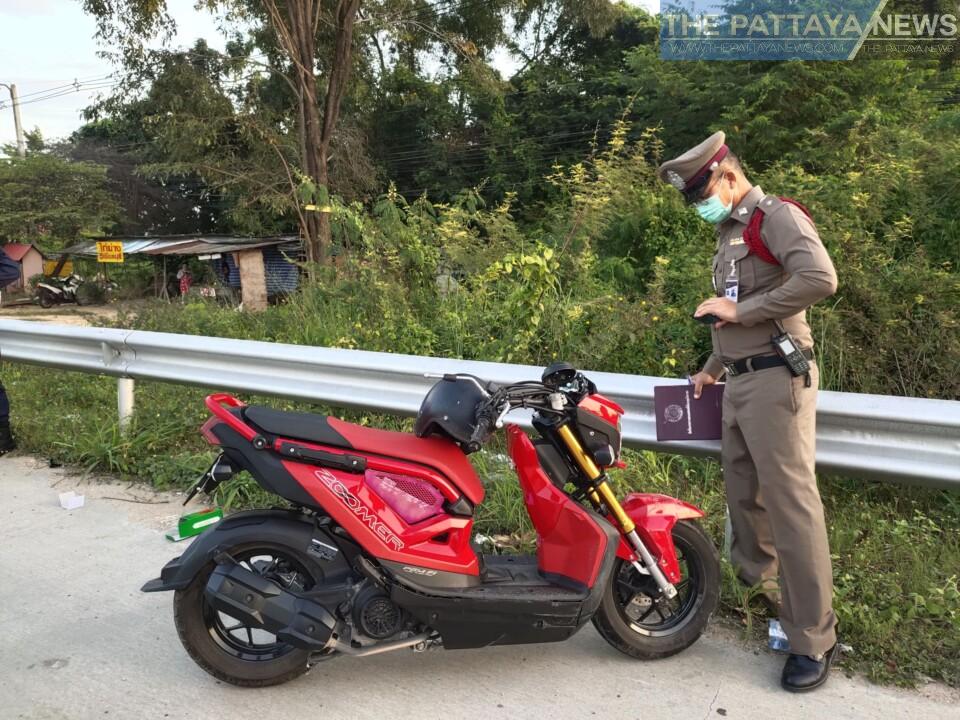 Nearby rescue workers found the body of the driver, Mr. Athiwat Namwas, 22, from Roi Et bleeding heavily from head injuries. His helmet was found attached to his bike, unused.

A damaged truck was found on the side of the road. The driver, Mr. Tossaphon Pumthong, 23, was waiting for police at the scene. 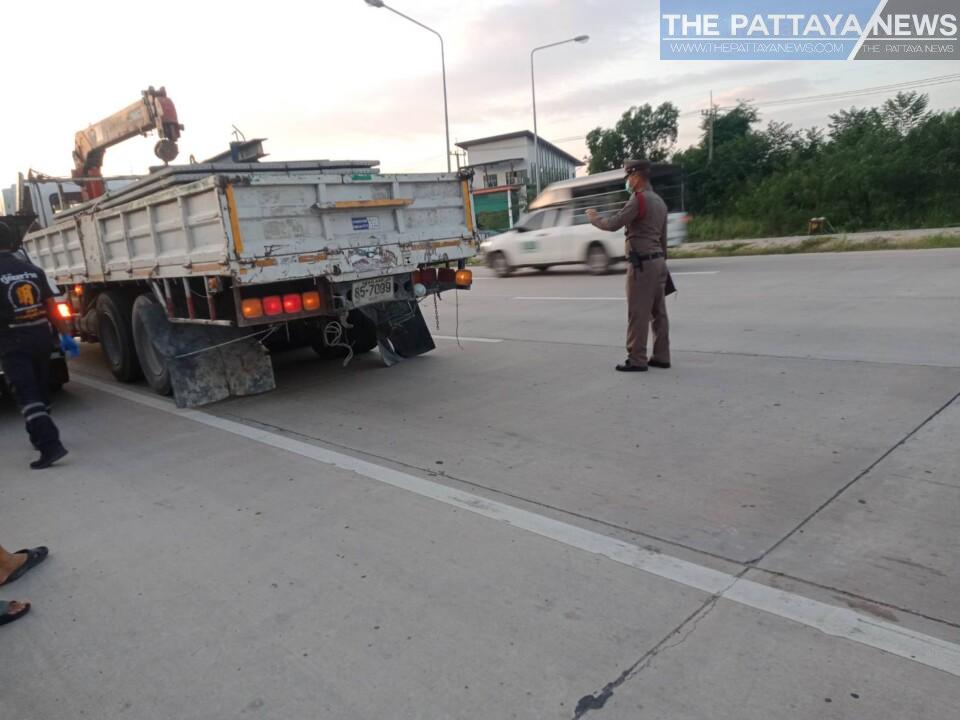 He told police that the motorbike crashed into the back of his truck while he was driving slowly to a construction site. He was not injured.

Banglamung police are continuing their investigation and will review CCTV in the area to follow up on the statement made by Tossaphon. 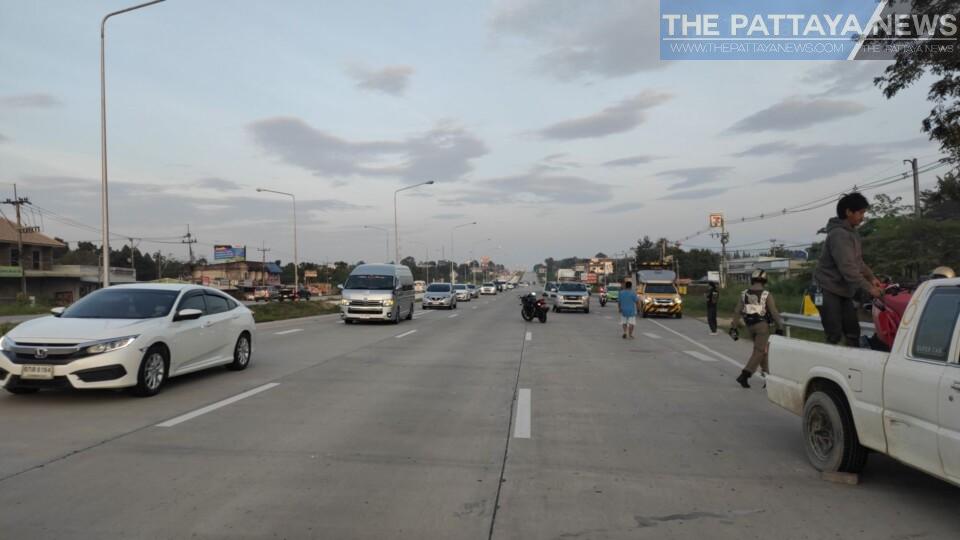