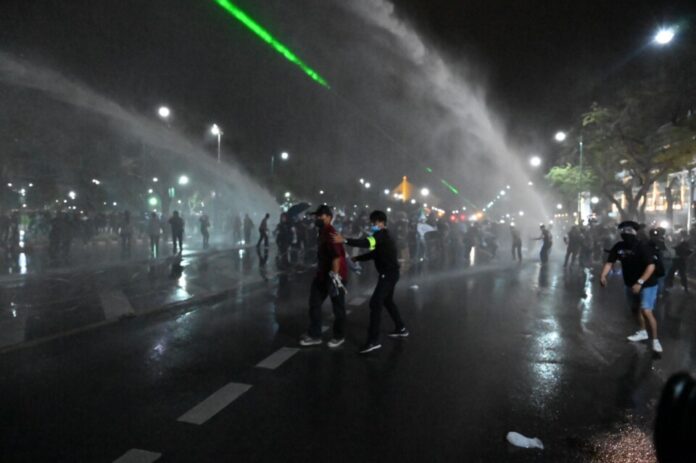 Police General Piya Tawichai, Deputy Commissioner of the Metropolitan Police Bureau, and relevant authorities organized a press briefing at the Royal Thai police department this morning, November 9, regarding the use of water cannons against a crowd of peaceful pro-democracy protesters yesterday.

According to the deputy commissioner, the type of water being used during the demonstration did not contain any chemical substances or colors. The water was fired in a projectile motion in which the water cannon is aimed at a higher angle and creating mist water sprays on the ground.

The cannon was not aimed at the protesters and was not meant to disperse or hurt them, only asking them to move away from the Royal Inner Court. Under Thailand’s mass assembly law any protest or assembly within 150 meters of any Royal Palace is against the law. 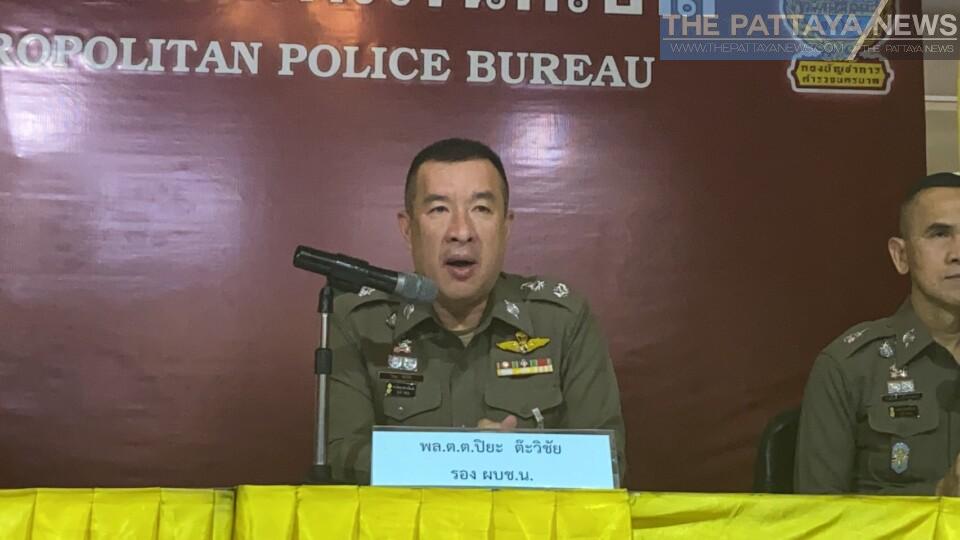 Police General Piya further told the Associated Press that the police authorities had also warned the protesters that the assembly at the Democracy Monument and the march to the Grand Palace were considered illegal against the Assembly Act.

The protest guards and front-liners were reportedly attempting to remove barricades and  police and public buses being used to block the crowd. Three water cannons were, therefore, shot at the crowd to warn them, according to the deputy commissioner. 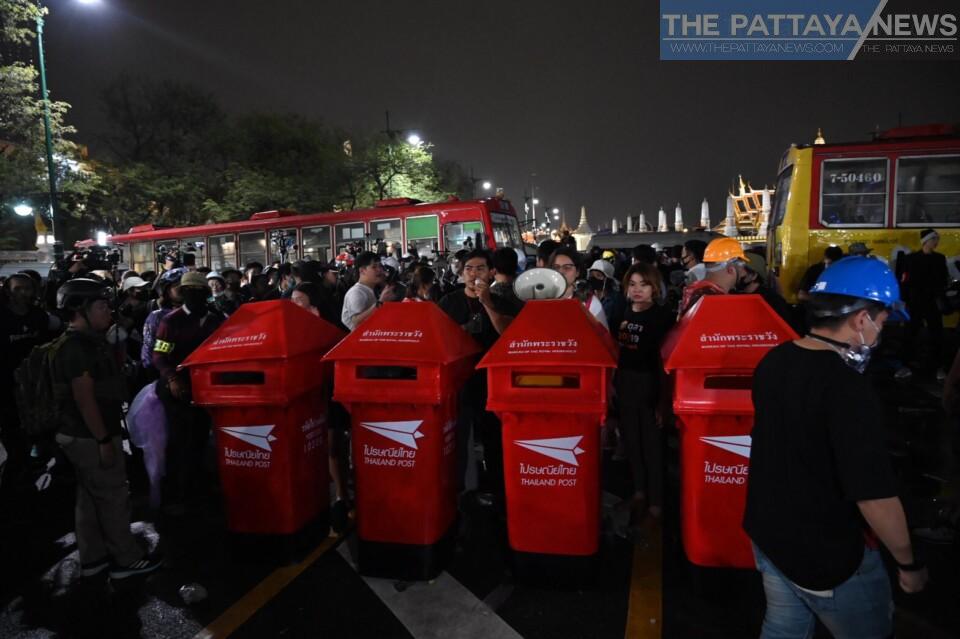 Regarding four boxes of People’s letters to His Majesty the King, Police Colonel Worrasak Phisitthabanakorn of Chanasongkram police station said that they were collected at the police station by the city government officials since they were abandoned on the road after the end of the demonstration.

The police colonel told the press: “In Thai bureaucracy if anyone wants to submit a letter to any government agency, it is possible to do so by directly submitting the report or letter at the department.

“But in the protesters’ case, submitting the letters to the Royal Palace Bureau is more of a symbolic movement. Therefore, the letters cannot be delivered to the destination.”

Police officials have also noted they are “reviewing the letters” and that letters that contain material that may be against the law, such as insulting the King, could cause the writer of the letter to face legal action.