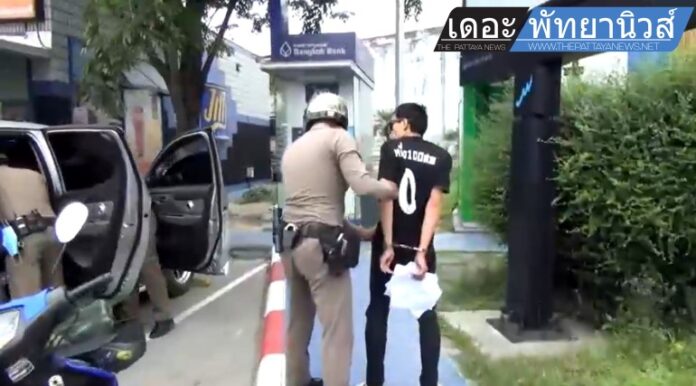 A drug addicted suspect has been arrested after he had allegedly threatened a woman with a gun at an ATM for money at a gas station in Mueang Chonburi over the weekend (November 7th).

The Mueang Chonburi Police arrested Mr. Tawat Jantawong, 36, from Pitsanulok at the ATM inside a gas station on Sukhumvit Road in the Nong Maidang sub-district. 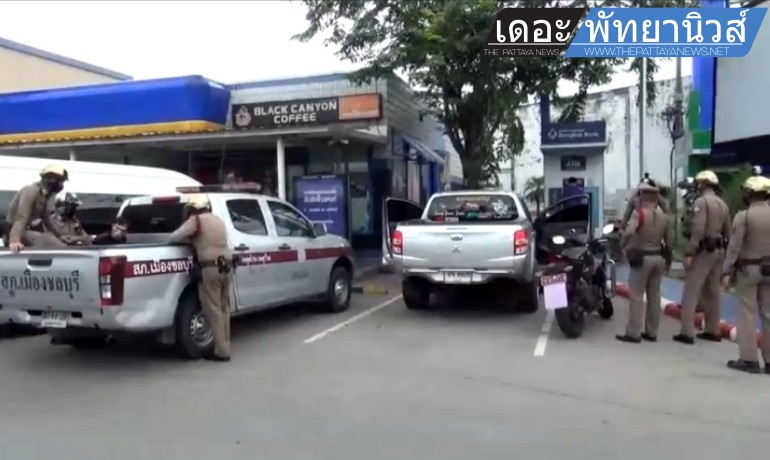 Police seized an illegal handgun with six bullets loaded, 25 bullets and a plastic bag with some small amount of crystal methamphetamine. He was taken to the Mueang Chonburi Police Station. He admitted to police that he had taken what he described as a small amount of crystal methamphetamine.

Lieutenant Nakarin Pimpa told The Pattaya News he was notified from locals that Tawat used a gun to threaten a woman for money at the ATM. Police responded quickly to the call and managed to catch Tawat while he was still in the area.