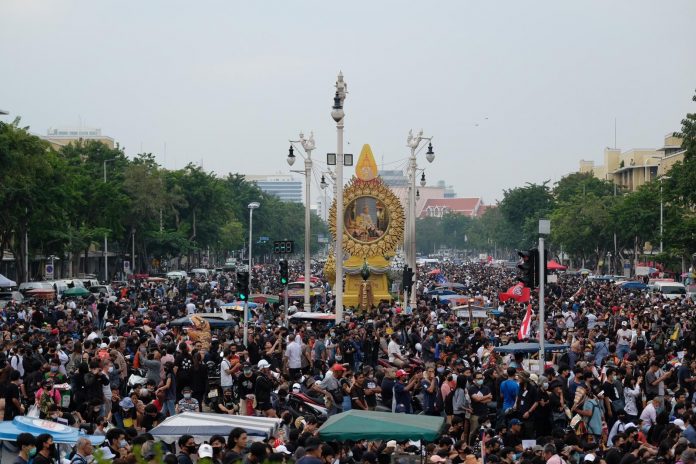 Pro-democracy protesters gathered at the Democracy Monument in Bangkok this evening before marching onward to the Royal Palace Bureau to submit a so-called “People’s letter” to His Royal Majesty the King.

The key pro-democracy Free Youth group has announced last week that what they believed to be the biggest rally would be staged today, November 8, following the Thai government’s refusal to abide by their core demands. The Pattaya News does not estimate crowd sizes. However, a large crowd had gathered at the monument for the march. 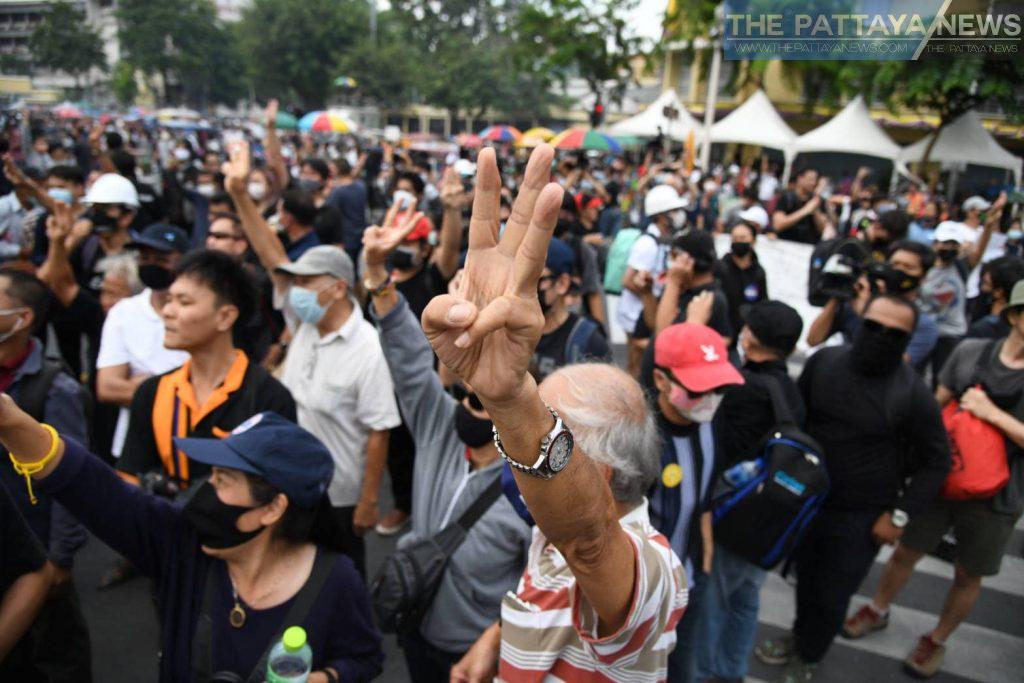 The massive crowd started gathering at 4:00 PM around the monument where some of the pro-establishment supporters were also assembling but both sides did not confront one another.

The pro-democracy front-liners had begun marching around 5:00 PM to the Royal Palace Bureau and they had encountered several barricades and barbed wire installed by the authorities over the last day. 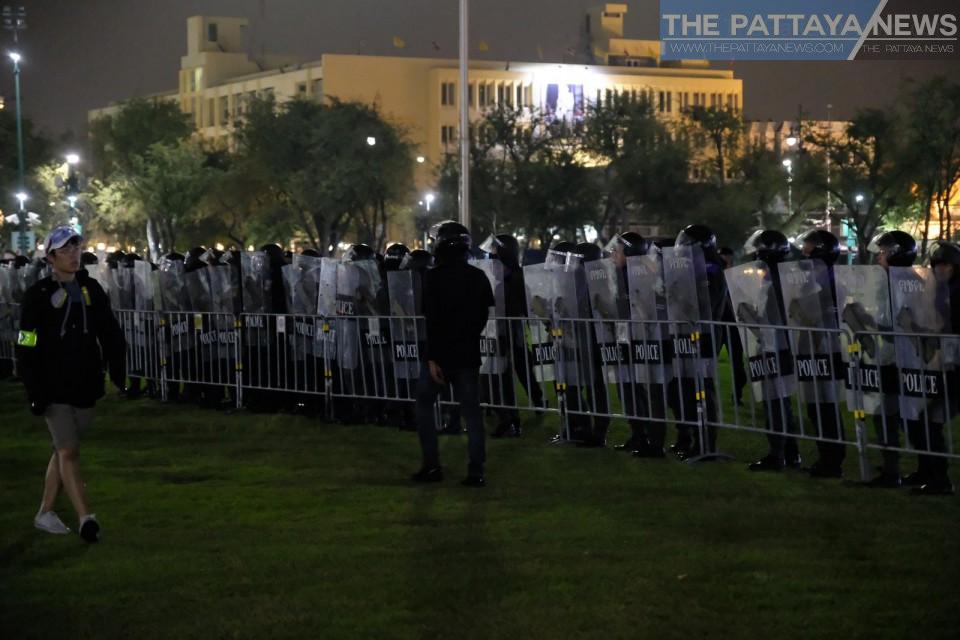 Three water cannon trucks had also reportedly been installed in front of the Grand Palace, blocking the protesters’ intention to march to the Royal district area.

Water cannons were fired on the crowd approaching the Royal Palace around 6:00 PM and both sides have withdrawn to negotiate. Several scuffles between both sides reportedly took place. 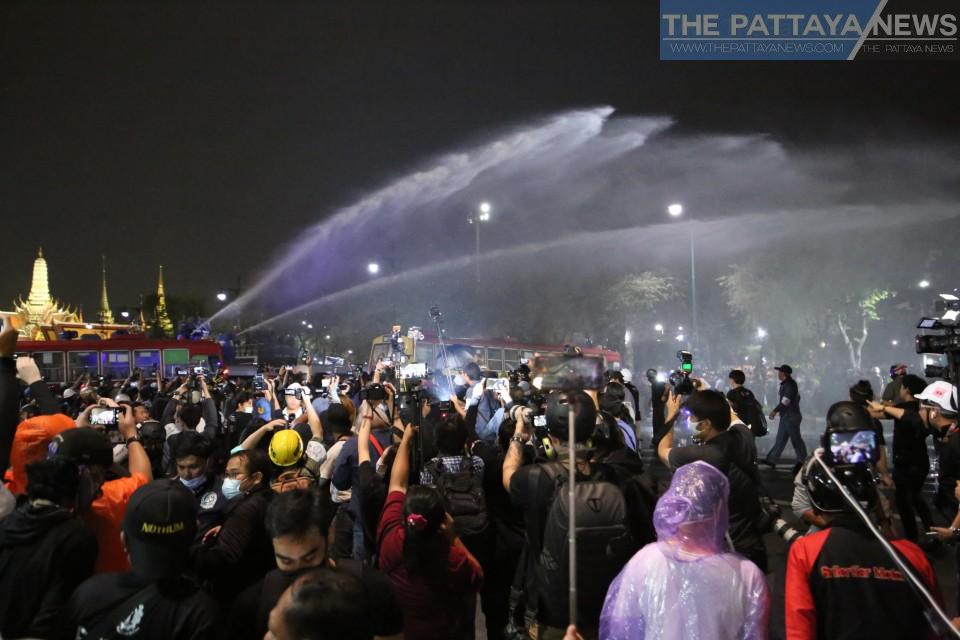 As of 8:30 PM, protesters and police were still at a standoff near the Royal Palace. Protesters are insistent to approach the palace to deliver letters to His Royal Majesty the King. Police refusing to budge. A very tense situation. Leaders on both sides trying to keep the situation calm. Buses and barricades in front of the Grand Palace have been removed by the protest front-liners.

Regarding the water cannons, the police stated that the water does not contain any chemical substances and have asked protesters to understand the situations and to accept their apologies for firing. As of 9:00 PM, the Free People have called the end of the demonstration. Four huge post office boxes containing a number of People’s letters have been placed in front of the Grand Palace for protesters to drop more letters to the King. None of the Royal Palace Bureau representatives have yet shown up to acknowledge and to receive the letterboxes.

The protesters also hung up a giant banner which wrote only the first name of the King, representing a symbol of defiance from the protesters. It was reported that the pro-democracy activists will call for more action if their letters did not reach His Majesty the King.