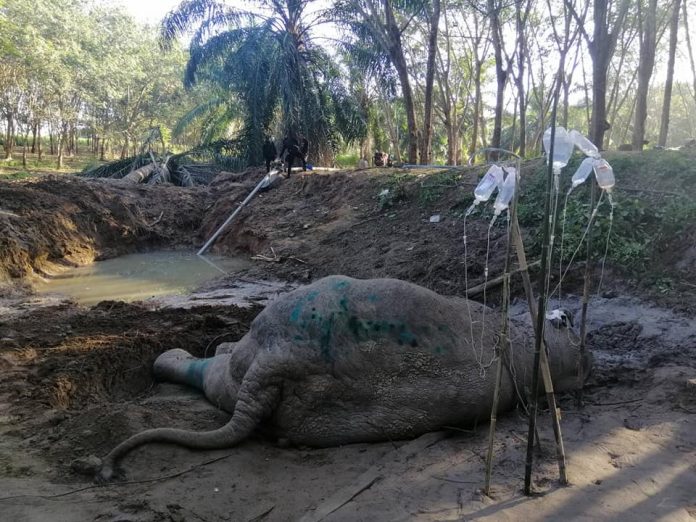 A notorious Rayong elephant which allegedly killed three locals in two months has died from an infection caused by bullet wounds.

The Wang Jan Police was notified that the male elephant named by locals as ‘Nga San’ (short ivory) was found dead in a forest in Pa Yup sub-district yesterday. 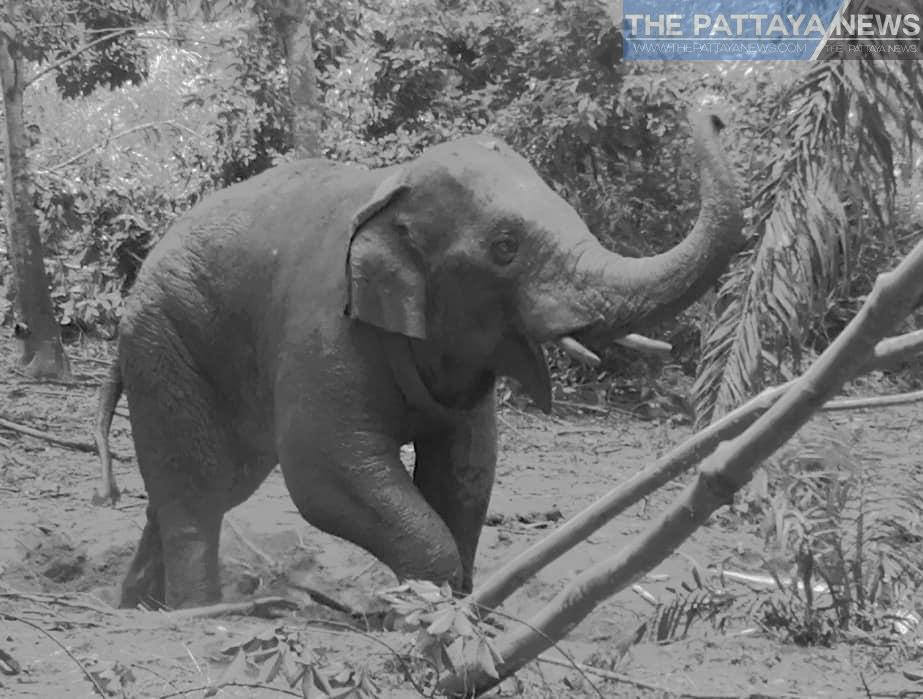 The Department of National Parks, Wildlife and Plant Conservation (DNP) said the elephant had killed three locals who were working in rubber plantations in August and September in Wang Jan and Khao Cha Mao district. The Pattaya News had previous reported on these deaths.

Last month officials searched and found the elephant in a nearby palm plantation. 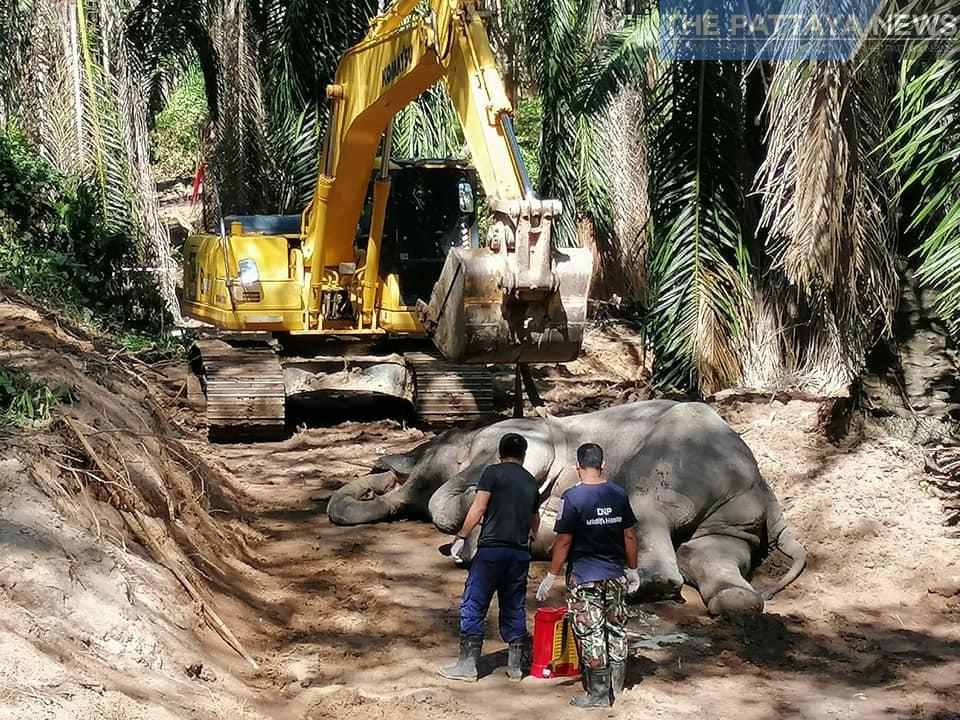 A veterinarian shot a sleeping drug at it in order to catch the elephant for treatment and to move him to an area without people in a National park. However, the drug had no effect and the elephant managed to escape.

Bullets were found on its leg with many bullet wounds found on the elephant. They were believed to have been from locals trying to take the law into their own hands.

A GPS tracker had been tagged on the elephant. However, the elephant remained in rural and remote areas and rescue workers were unable to reach him.

Three days ago, the elephant got up and walked into a lagoon nearby. It finally died in the lagoon.

The DNP Veterinarian Ms. Natamon Panpetch told the press the elephant had got a serious infection from bullet wounds.

However, an autopsy is being conducted to find the exact cause of death.