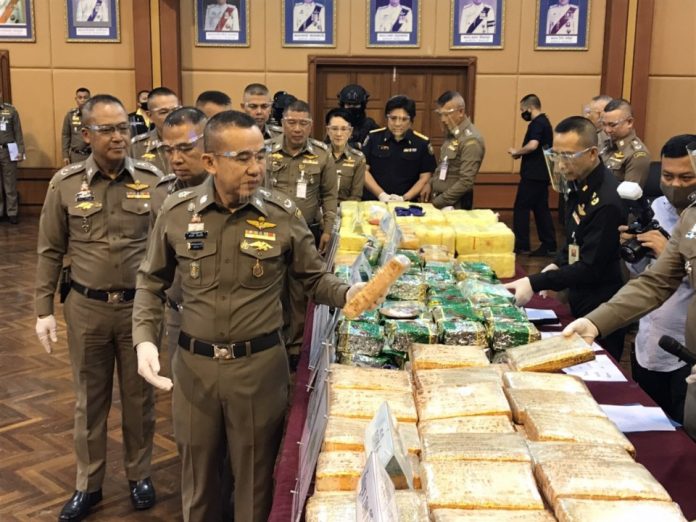 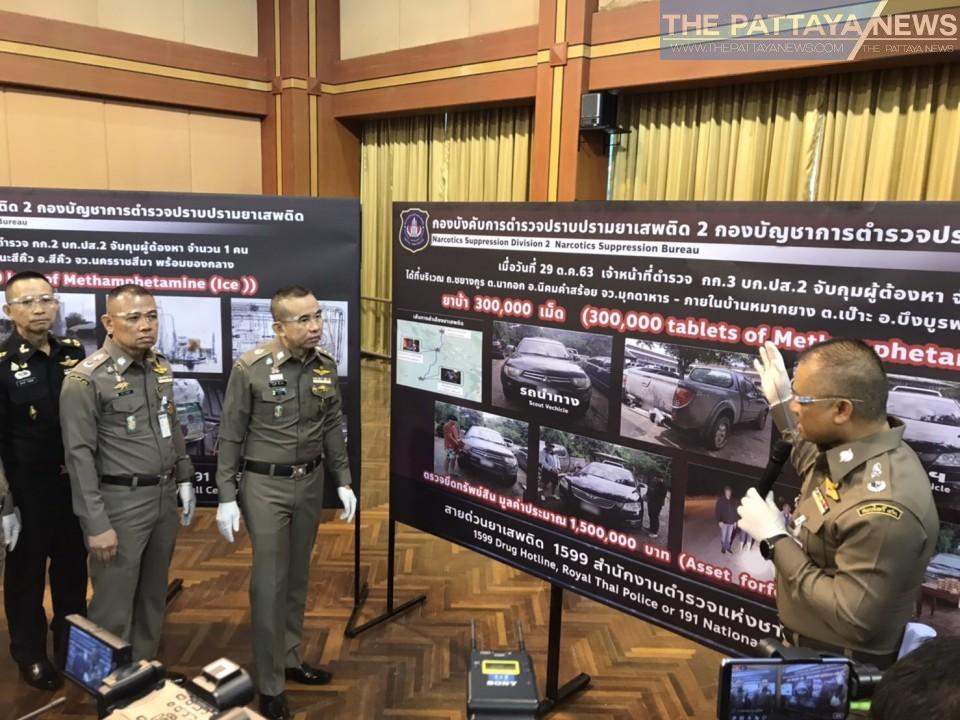 In the first case, Saranont Khotkaew, 23, was arrested while allegedly driving a black SUV on a Nakhon Pathom road and carrying 1,600,000 methamphetamine pills that were seized at the scene.

Saranont was reportedly smuggling drugs from a border in upper Northeastern Thailand before carrying them in his vehicle and driving along the Mittraphap Road in Saraburi province to the central region. He is initially charged for drug possession.

In the second case, three Thai nationals, Itthiphong Chulanad, 34, Kulthorn Khakaew, 28, and Pracha Abthong, 28, were captured in Sisaket and Mukdahan province with 300,000 methamphetamine pills. The group is in police custody for allegedly possessing drugs in Catagory 1 for sale. 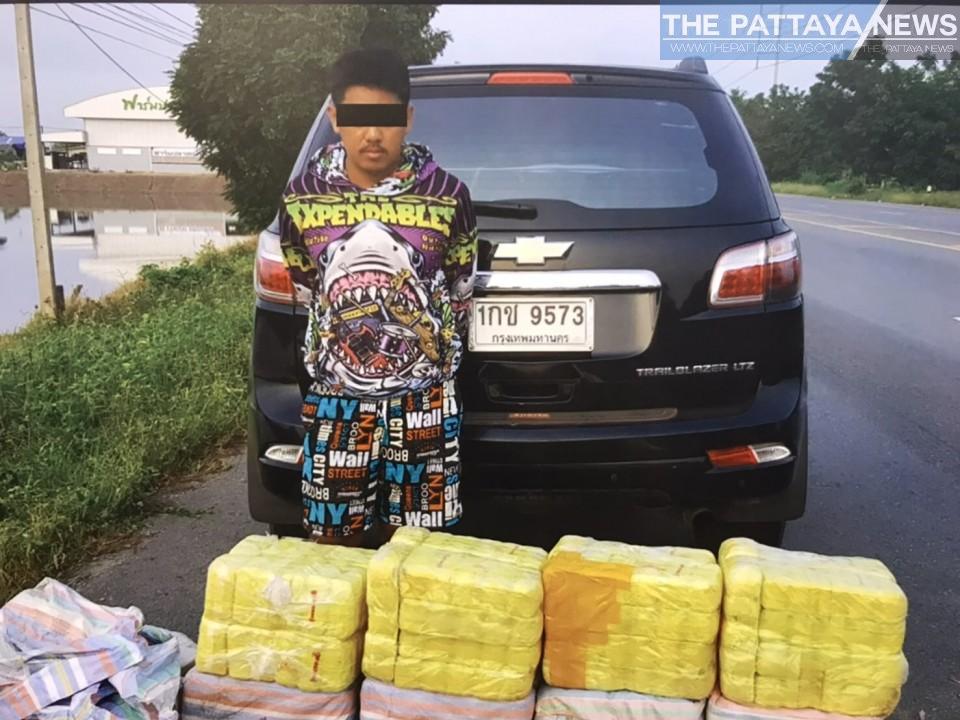 In the third case, Kla Phatkatan, 46, was arrested with 100 kilograms of crystal methamphetamine at a traffic checkpoint in Nakhon Ratchasima. He was taken to Sikhio police station and charged with possessing drugs in Catagory 1.

The arrest followed a police investigation, revealing that a suspicious vehicle from Sakon Nakhon was carrying a huge amount of illegal drugs that would be delivered to Bangkok and its vicinity. 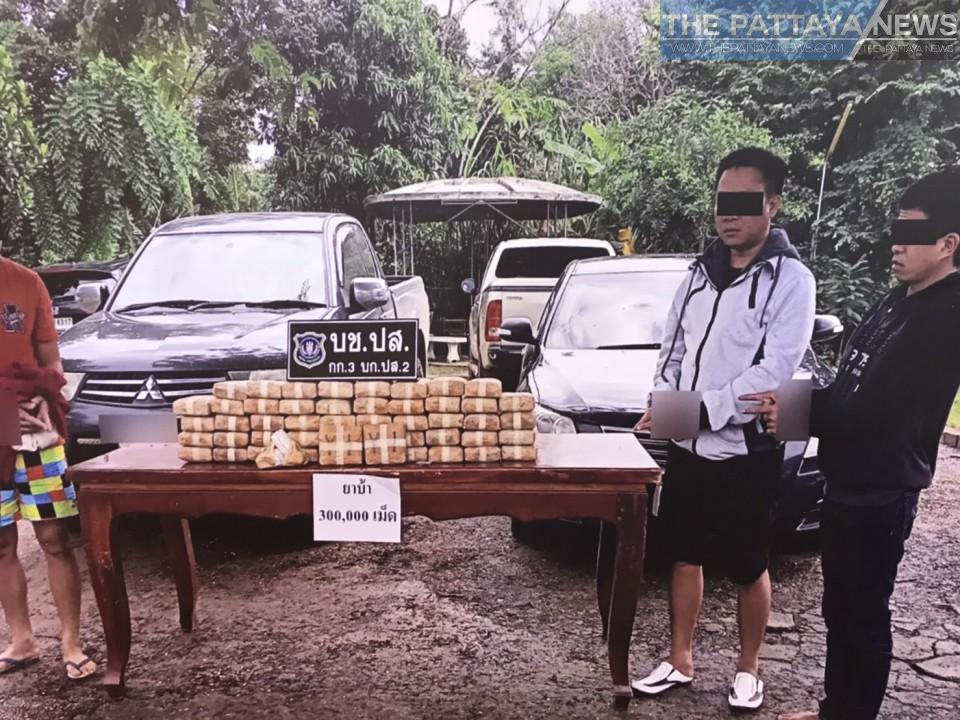 In the fourth case, Jirayu Kadpanya, age unknown, was arrested at a house in Chonburi following an arrest warrant from the Criminal Court for allegedly possessing and selling methamphetamine.

The 25-year-old alleged drug dealer was among a group of local dealers who were already under police custody for similar charges. The previous capture of the members, therefore, led to further investigation and the issue of Jirayu’s arrest warrant. 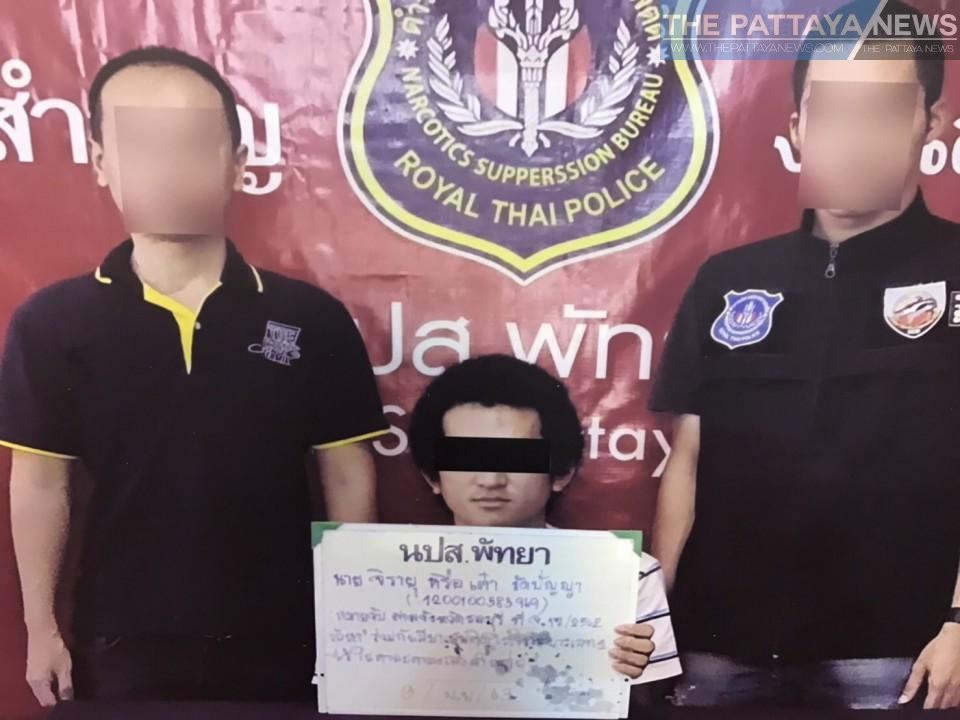 In the fifth case, approximately 18,000 tablets of methamphetamine were found and seized by the authorities on a highway in Nakhon Ratchasima province after relevant inspectors had contacted a network of Thai and Lao drug dealers to purchase a decent amount of the drugs. The drug sellers had reportedly fled the scene by the time the officers arrived. The investigation is still undergoing.

In the last case, Narawit Inthirat, 40, and Ratima Wangkhahad, 41, were being held in police custody after allegedly being caught possessing 200 kilograms of marijuana at a police checkpoint in Nakhon Ratchasima, following a tip-off that they were reportedly smuggling the drugs from Nakhon Phanom to some areas in the Northeast. The deputy chief of the Narcotics Suppression Bureau concluded at the briefing that some of the eight suspects were believed to be a part of the ‘Kanom-Bueng’ group, one of the major drug smuggling networks in Thailand.

The group members would smuggle illegal drugs from neighboring countries and use Thailand as a transit route before delivering them to a third country, according to the deputy chief.

Police Major General Pornchai stated: “We had successfully captured the first batch of 9 drug smugglers from the major drug network in August and we will continue to investigate and hope to eradicate the drug dealers in the country as soon as possible.”