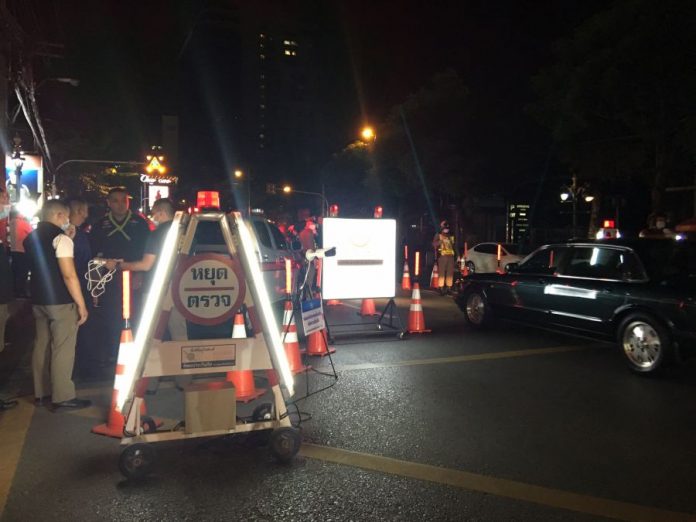 Prior to the checkpoint demonstration, the Royal Thai Police, led by national police chief Suwat Jangyodsuk, has laid out new priorities of alcohol detection checkpoints to be applied on Tuesday, November 3.

More details including checkpoint layout can be found in the previous article below:

The new drunk-driving checkpoint will be 20-meters long occupied with 12 staff members. A light checkpoint sign will be set up ahead about 150 meters before where the actual checkpoint is located. The stop for inspection signage, traffic cones, light sticks, and four surveillance cameras to record and detect any suspicious activity will also be installed along the checkpoint area. 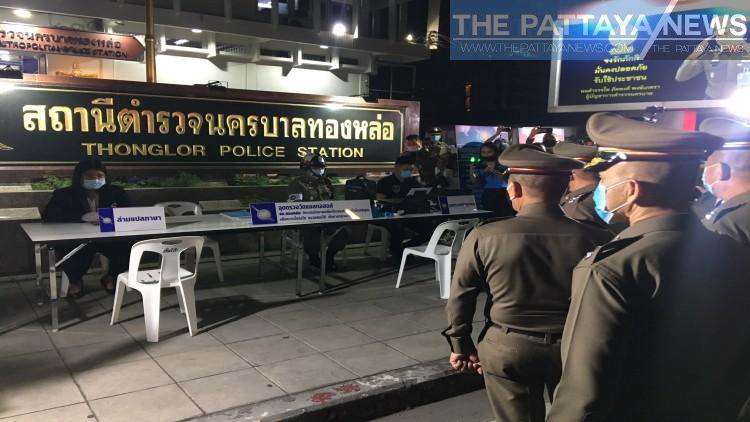 Police General Manu Mekmok, deputy police chief, said: “The amount of installed CCTV cameras will depend on how big or small each checkpoint is. The reason why we put them at the checkpoint is to assure transparency of all procedures for both police officers and civilians.

“Those who are called by the police also have the rights to record throughout search procedures with their mobile phones as well. They could report to our hotline 1559 if they think that they were treated unjustly.” 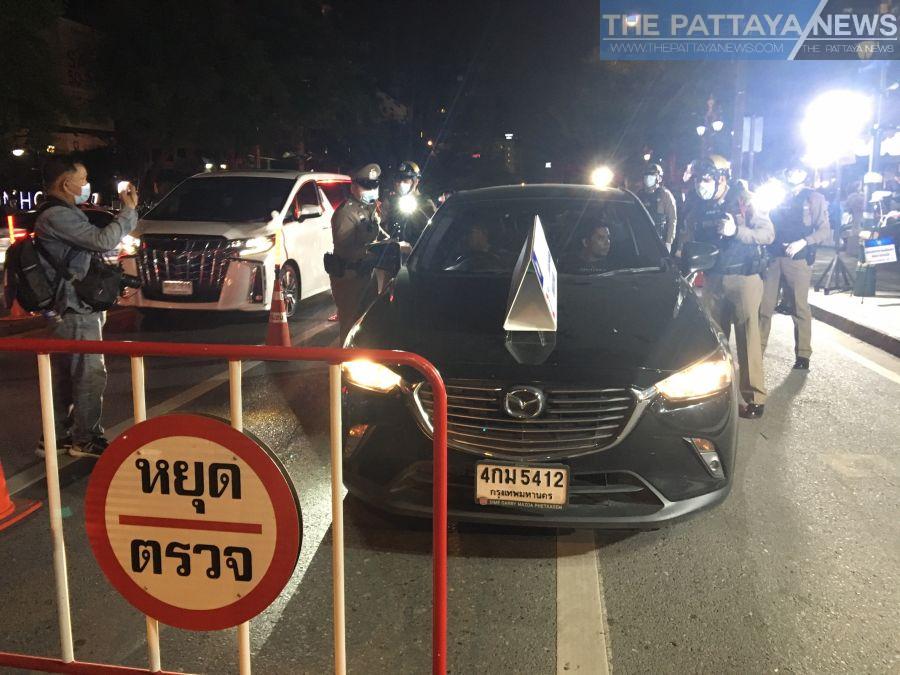 The checkpoint trial had demonstrated 4 scenarios of how the inspection police would do at the scene:

1. When a vehicle is driving into the checkpoint normally, the police will call it to stop for basic inquiries to a driver and check their driver’s license. They will let them go if none of the suspicious activities are found.

2. When a car is driving towards the checkpoint with some behaviors of intoxication or related symptoms, the police will observe for a sign of intoxication and will call the vehicle to pull over if suspicious. The officers will notify the driver that if they refuse to perform a blow test, they will be found guilty and accused of drunk driving immediately. If they agree, the driver will then be taken to measure the alcohol at a tent. The officers must change a new breathalyzer needle in front of the driver before the blow test for hygiene. 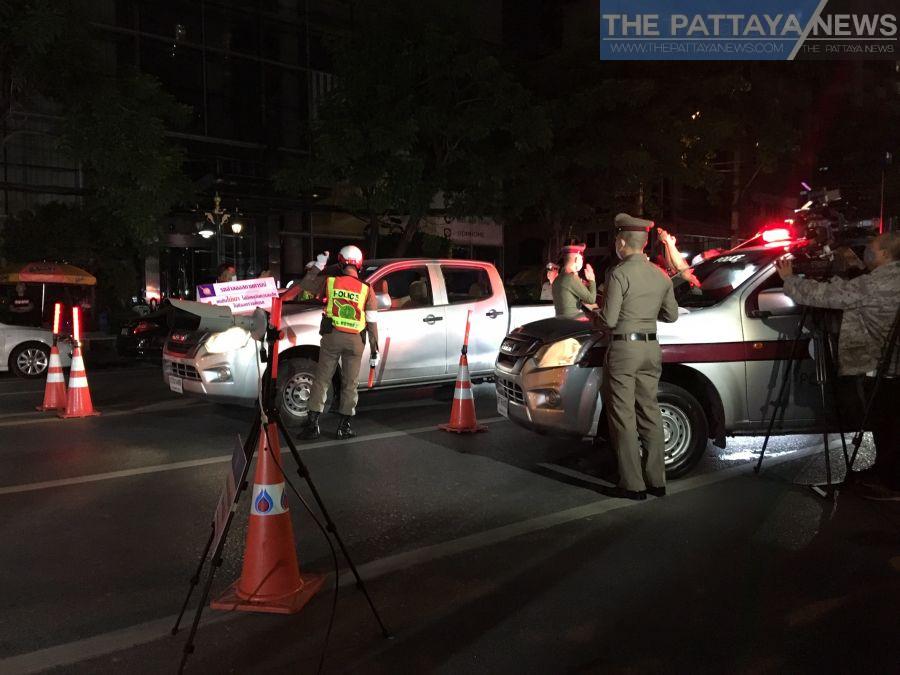 3. When a car is driving into the checkpoint and a driver is noticeably intoxicated and start causing chaos, the police will take the driver to a drunk testing area before searching their vehicle and checking criminal records. If the criminal records are found, they will be arrested before taking them to search the vehicle.

4. When the police receive a tip-off of any suspicious vehicle carrying drugs or illegal belongings into the area, a police blockage will be immediately installed and the inspection will proceed. Its license plates and driver’s criminal records will be thoroughly checked before proceeding with any legal procedure. 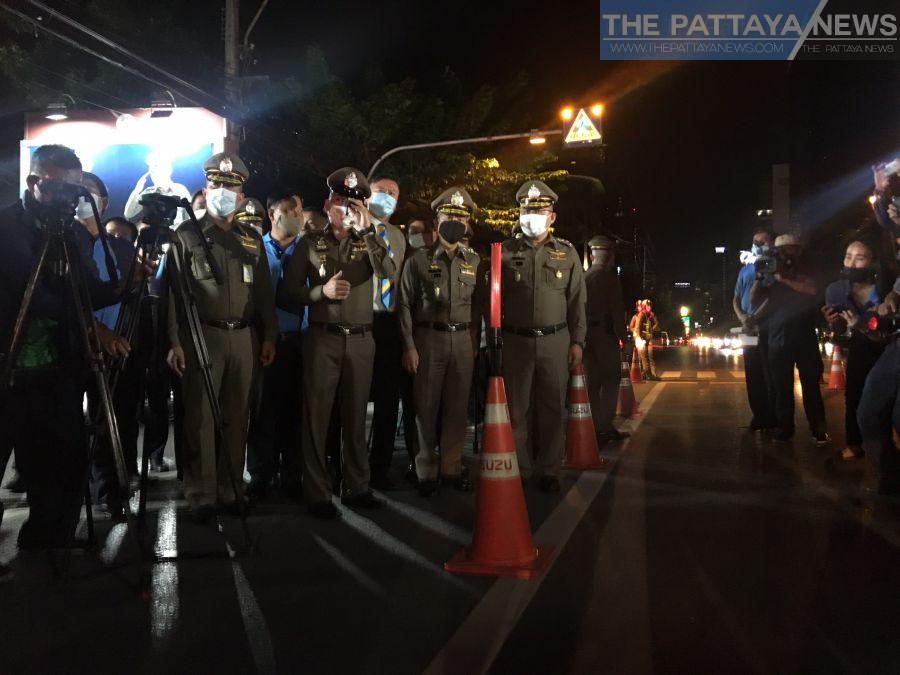 National police chief Suwat Jangyodsuk further stated that establishing checkpoints must be primarily approved by a police commander or higher-ranking police of certain police stations and must be installed orderly and visibly for all drivers.

The location of the alcohol checkpoints must also be determined based on the drunk-driving records in the area, statistics on drunk-driving and road accidents, and the areas with a risk of drunk-driving cases, such as nearby entertainment venues or liquor stores, according to the chief.