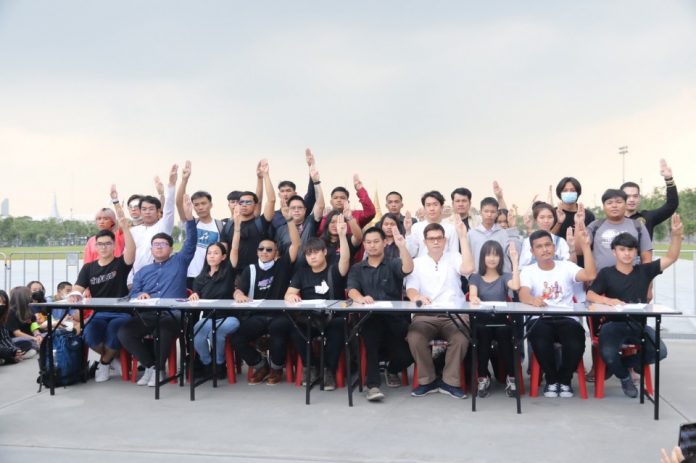 A group of pro-democracy People’s Party members has staged a press conference at 4:00 P.M. today, November 4, at Sanam Luang in Bangkok, opposing an idea of the government’s reconciliation committee to resolve political tension between the groups.

According to their statement, the establishment of a certain committee would not bring any progressive solutions to the country as General Prayuth Chan-O’Cha’s position as the Prime Minister is the biggest obstacle to solve chronic political, economic, and social problems in the country.

The committee will only be established as a part of political drama just to buy time in the political movement, according to them. 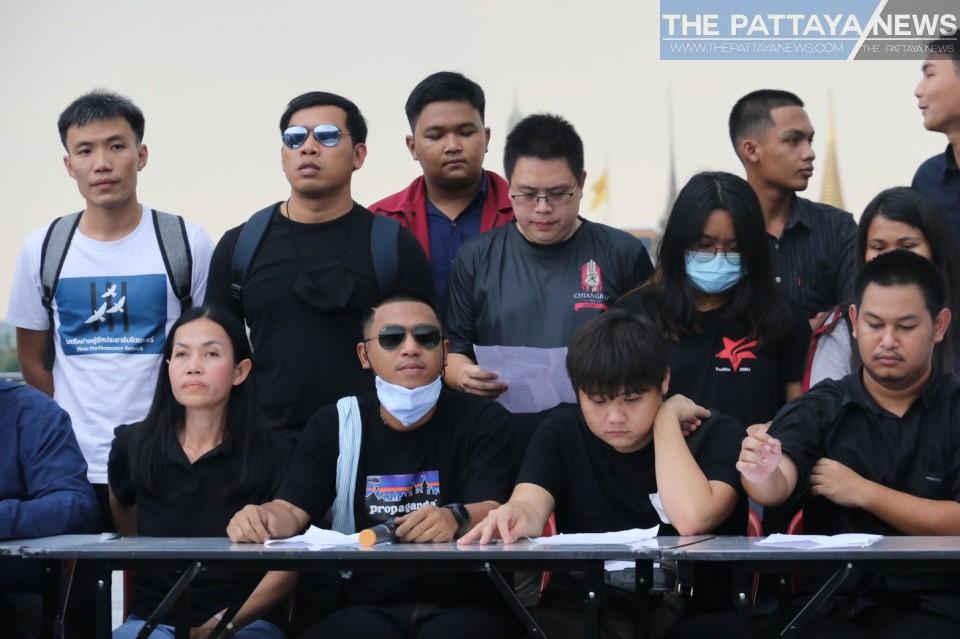 Protest leader Jatupat “Pai Dao Din” Boonpattararaksa told the press that the problem of Thai politics at the moment is caused by the 2017 constitution which was drafted during the coup to prolong the power of the National Council for Peace and Order (NCPO). Therefore, the Constitution was not truly belonging to the people.

Pai Dao Din stated: “We believe that if the Prime Minister resigns, negotiations regarding the constitutional amendments and other various problems will be more likely to possibly and potentially occur.”

“Currently, we have compiled large networks of pro-democracy activists across all regions in order to plan and strategize for the next major gathering. The longer the government lasts, the stronger we become.” 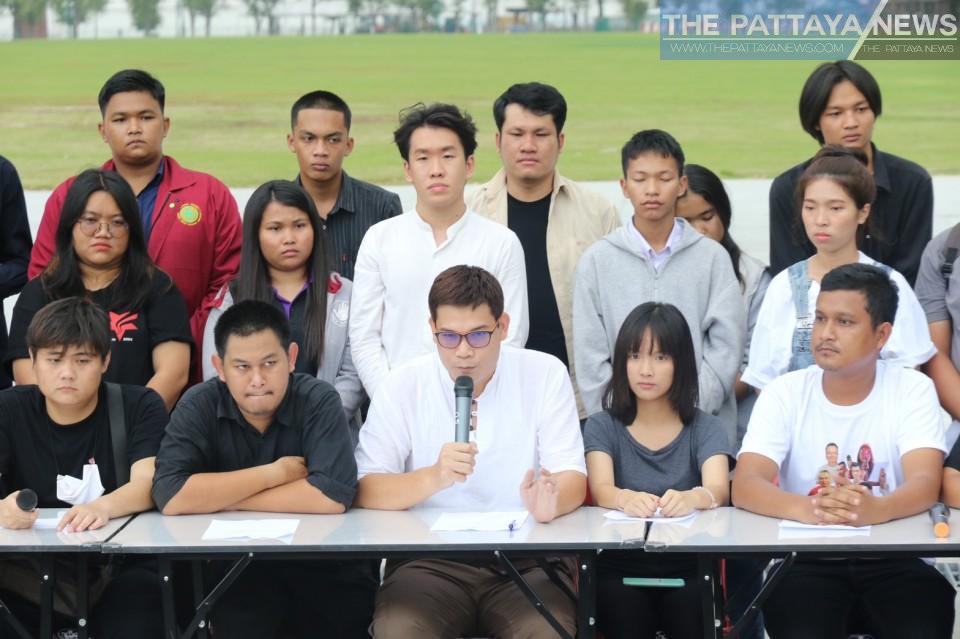 Social activist Attapon Buapat further stated that the Government and the Prime Minister have never had an intention to peacefully discuss and seek solutions with pro-democracy activists since many protesters and political activists are still detained in several pending political cases in police stations.

The activist said: “Many activists are still in the lists of pending political cases, which prove that the government does not want to negotiate with any of us. We will not ask to negotiate with them either since we feel threatened and have our rights and freedom deprived by them.

“We will fight against Prayuth Chan-O’Cha’s government at the last minute until he resigns and the prolongation of the NCPO’s power is eradicated.”