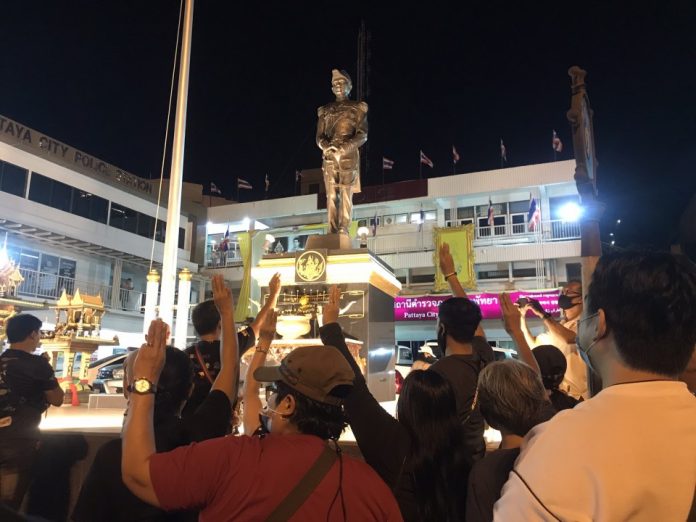 Pattaya pro-democracy protesters are asking the government to release their “friends” (movement leaders in Bangkok) which have been arrested. They prayed from the Prince of Chumphon monument to protect them.

Earlier this week, (November 1st) , Pattaya pro-democracy protesters gathered at the Pattaya City Police Station to call for the government to release their “friends” who had been arrested. 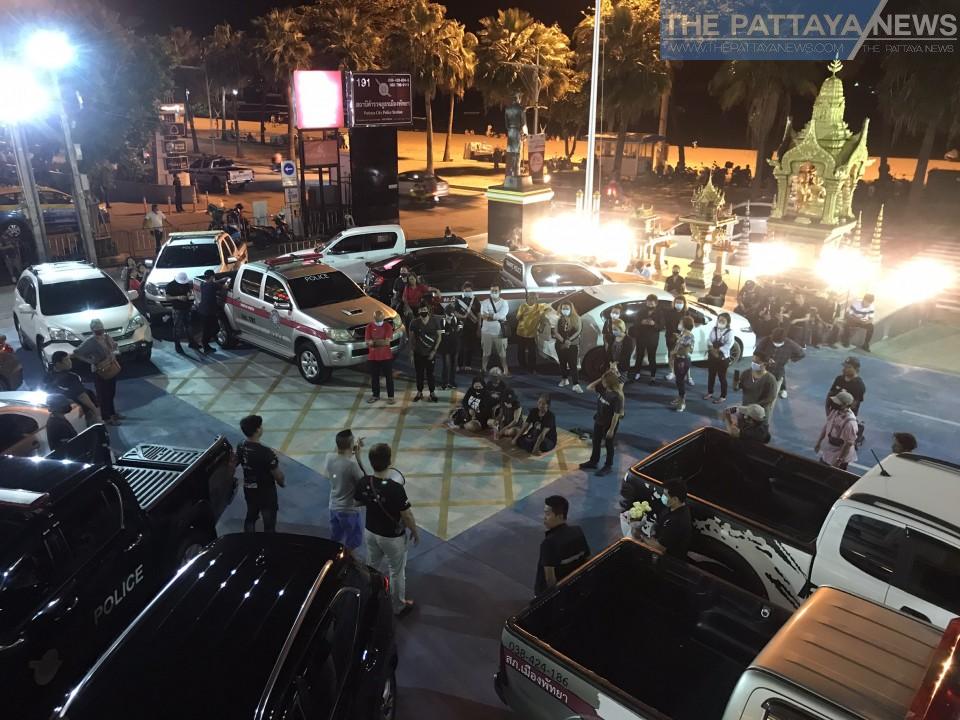 The protest leader Mr. Wanchalerm Kunsane led protesters to pray in front of the Admiral Prince Abhakara Kiartivongse, Prince of Chumphon, monument in front of the police station on Soi 9 in Pattaya.

Mr. Wanchalerm told The Pattaya News that “We hope the Prince of Chumphon will protect us as well as with our hope to get rid of the current government.”

Mr. Wanchalerm added that his particular group was not calling for controversial reform of the highest institution like some protesters but interested in a new constitution, Parliament and removing the current Prime Minister as well as stopping harassment of protesters.

The protesters gave white roses to the Pattaya City Police and said thank you as they are doing good job in taking care of protesters since the beginning.

Update: It looks like their prayers came true as several prominent protest leaders were reportedly released in the early hours of this morning. We will have more on this later today. 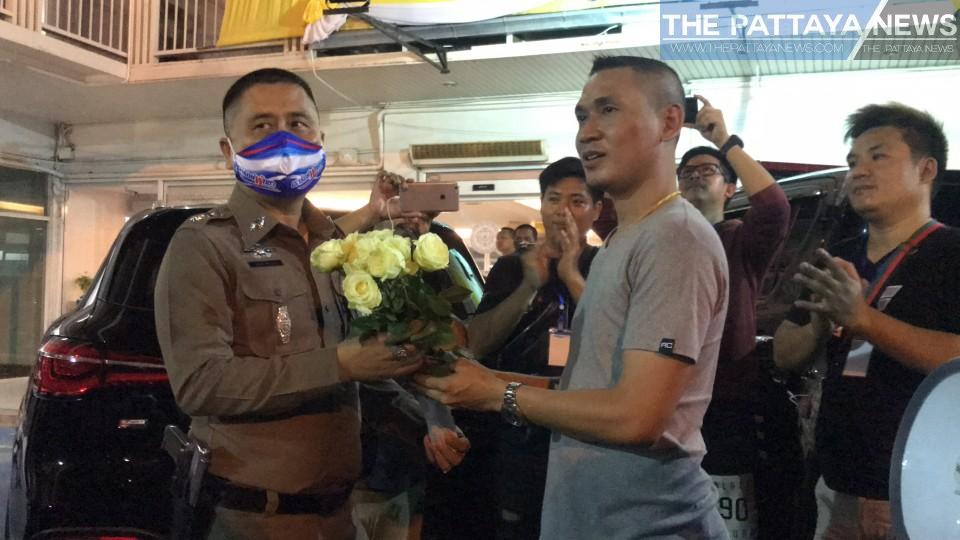