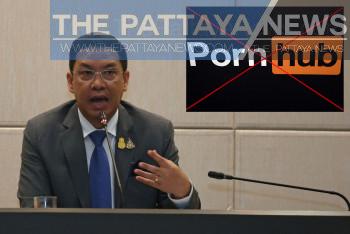 Mr. Putthipong Punnakan, Minister of Digital Economy and Society (DES), stated that it was not about censorship but about good values and morales for Thai society. He claimed the ministry had widespread for the block and had many complaints from concerned parents, monks, teachers and conservative leaders.

Putthipong claimed that the block had absolutely nothing to do with certain clips on the website that could offend certain individuals or government dignitaries.

The Ministry also stated that many concerned parents and monks wanted Thailand to be a faithful Buddhist country and to have high standards and morals.

The Minister said complaints and protests from those against the decision would not change the fact that the Ministry was enforcing the law and in their opinion upholding good values. He also pointed to other countries that have banned the website and organized groups claiming the site supports human trafficking and demeans women asking for it to be banned worldwide.

Meanwhile, a protest against the ban was scheduled this afternoon in Bangkok by organizers online.