A video clip of two men fighting in a gas station in Pattaya has gone viral on social media this week.

The gas station where the incident took place is on Sukhumvit Road near the Sawang Fah Temple. The two men were not identified to the press. 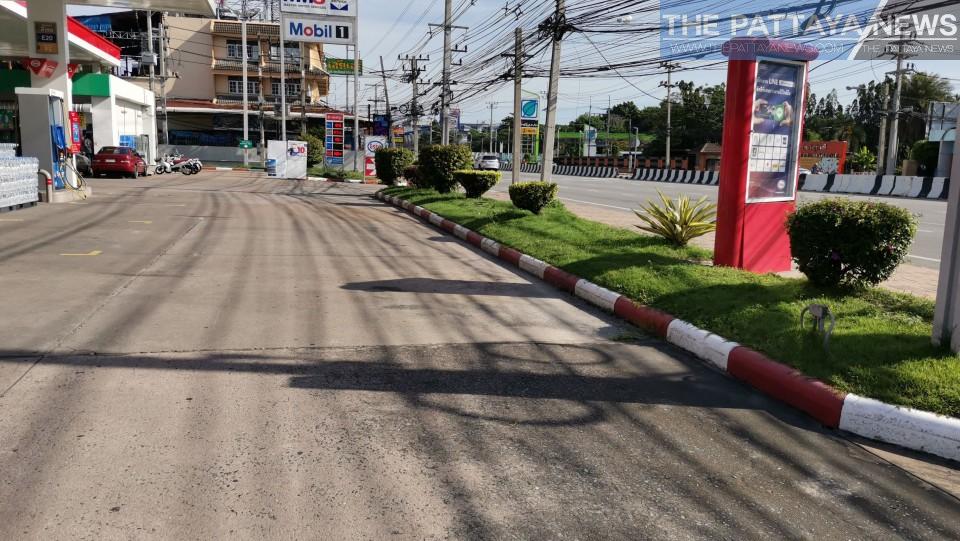 Mr. Suriyan Samlamead, 25, a gas station staff member, explained to The Pattaya News, “The incident happened over the weekend.”

“Two men were fighting. One of them was holding a weapon with a sharp point. Another man was shouting at me for help.”

“I saw the weapon so I immediately called police. Then the two men went running into a nearby Soi near the gas station.” The gas station attendant concluded.

The Banglamung Police said both men were scavengers collecting old items in the area. However they have no idea why they started the fight. Both of the men declined to press charges against the other and police have decided not to pursue further charges in the case.