A fire has destroyed a home in Mueang Chonburi on Loy Krathong when the owner and his family was out celebrating the holiday. Chickens and ducks have reportedly escaped from the fire on Saturday (October 31st).

Firefighters were notified of the fire at 8:30 PM at a house in the Na Pa sub-district.

Firefighters with fire engines rushed to the scene to find the fire was fully ablaze. It took about half an hour to control the fire. The house was totally damaged. 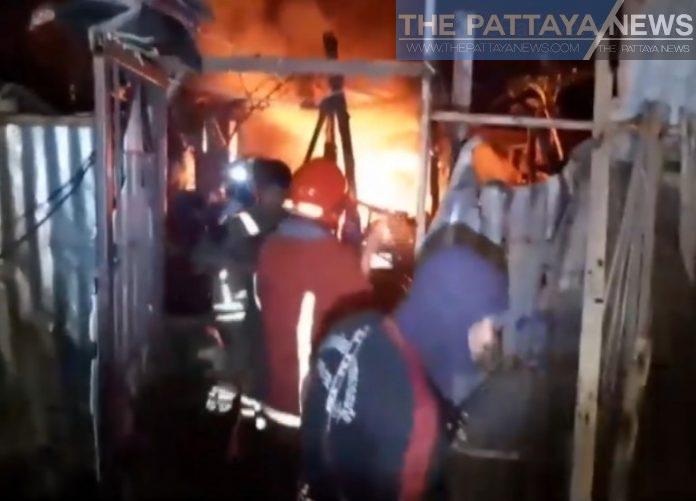 Chickens and ducks at the house have reportedly escaped from the fire.

A nearby neighbor, Mr. Teerapong, whose last name and age was not given, said he heard something like a loud bang or explosion before the fire had immediately started.

No one was in the house as all four members of the household went to Loy Krathong festivities.

However, the Chonburi Forensic Police are continuing their investigation to find the exact cause of the fire.