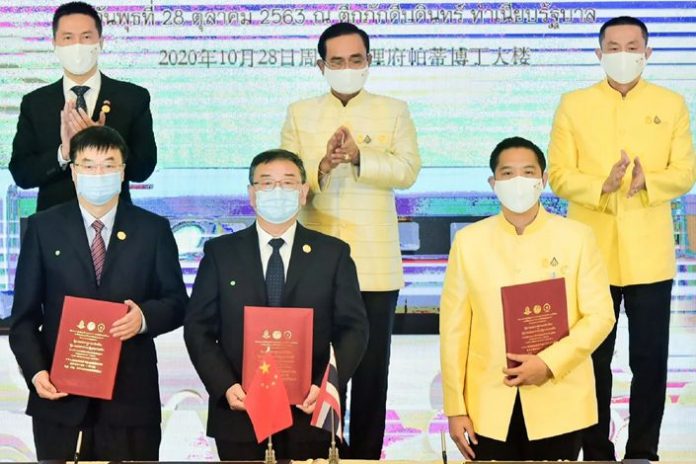 The Thai Prime Minister, Prayut Chan O’Cha, presided over the official signing of a major high speed rail project yesterday between China and Thailand that is designed to connect Bangkok with Nakhon Ratchasima in the Northeast.

The contract, which according to the Thai government will help promote the economy as well as improve transportation, includes all rail construction related costs which also includes training of staff.

Government Spokesman Anucha Burapachaisri told the Thai press that the government has placed this project as a high priority and that they see it as improving and strengthening relations with China.

The agreement is a 50.6 billion baht project and is only Phase one of a much longer term plan that will eventually align directly with China and major parts of Thailand. The first phase will have a total of six stops: – Bangkok (Bang Sue), Don Muang, Ayutthaya, Saraburi, Pak Chong and Nakhon Ratchasima.

Photo: Office of the Prime Minister