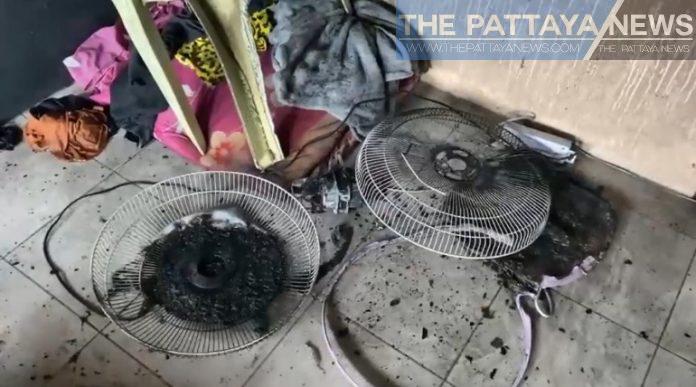 A faulty fan is believed to have started a small fire at a townhouse in Mueang Chonburi today.

Firefighters were notified of the fire at a townhouse in a housing estate in the Na Pa sub-district this morning.

They and The Pattaya News arrived at the scene to find the two story building. Smoke was coming out from the second floor. It took only ten minutes to put out the fire. An electric fan inside the room was damaged. 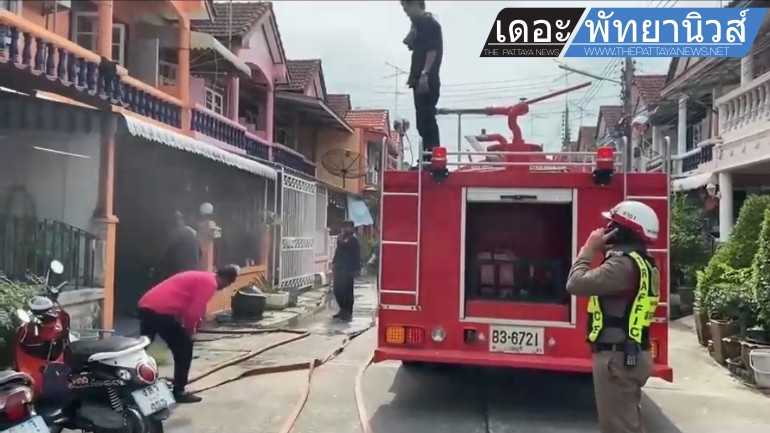 Ms. Kanjana Burakorn, 21, told The Pattaya News that she believed the fire started from her brother’s room which was locked.

She called firefighters before they broke into the room to put out the fire.

She believed that her brother forgot to turn off the fan before he went out.

Luckily, nobody was injured in the fire.